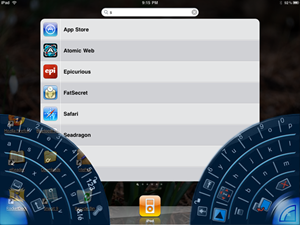 Okâ€¦ it’s rather unlikely that they even saw my old story, but back in June of 2010, I wrote an article titled ‘I’m dying for Dial Keys on the iPad‘, the gist of which was that Apple should add a split-keyboard to the iPad to make it thumb-typeable. I used Dial Keys, an old ultra mobile PC program, to make a mockup of a split keyboard on the iPad, but it won’t be until nearly a year later, with the coming iOS 5 update, that Apple will add such a keyboard to the iPad.

I remember prior to the announcement of the first-generation iPad, back when it was just rumors and speculation, I was hoping that if Apple released a slate, they’d do something that would improve the typing experience on such a large device.

Apple totally revolutionized touchscreen typing with the original iPhone by equipping it with a much more responsive capacitive touchscreen, and programming a very smart on-screen keyboard (OSK). I wanted Apple to revolutionize large touchscreen typing in the same way that they did on the smartphone, but unfortunately that didn’t happen at launch and we were stuck with a sub-par typing experience on the device (I think I can type faster on my iPhone than on the iPad).

Once I got the iPad in my hands, I was still wishing for a form of split-keyboard because thumb-typing in portrait required an annoying stretch, and thumb-typing in landscape was near impossible (which meant you couldn’t effectively type without setting the iPad on some surface)

Apple is finally adding a split keyboard to the iPad with the iOS 5 update (coming this fall). 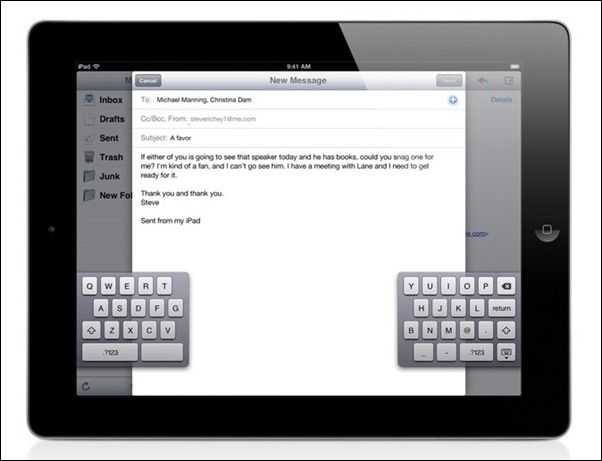 Apple’s implementation is smart because it allows you to place the keyboard anywhere along the screen, which means you place it toward the center to balance the weight of the device.

One of my complaints with the Xoom is that typing in portrait is annoying because the keyboard is at the bottom of the screen, then you’ve got the weight of the rest of the device working as leverage against your hands (this is exacerbated by the 16:9 ratio of the device). Needless to say, holding all that weight while typing with your thumbs is not an ideal experience. Placing the keyboard toward the center of the screen, I thought as I used the Xoom, would make the weight a non-issue.

The split keyboard on the iPad will work in both landscape and portrait modes, and can be split or recombined on-the-fly without having to dig through the Settings app.