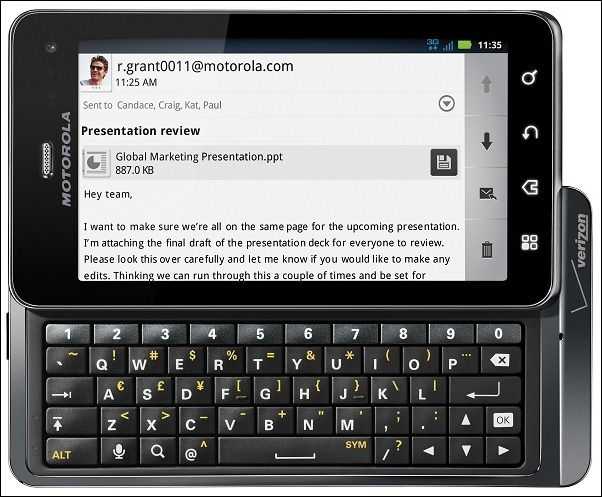 Though it showed up on the web back in March, the Droid 3 has finally received the official treatment. The phone will make it’s debut on July 14th on Verizon for $199 w/ contract or with an upgrade.

Let’s dig into the specs, shall we:

The processor is unspecified, but considering the dual-core nature and 1080p capture/output support, I think it’s safe to say that we’re looking at Nvidia’s Tegra 2 dual-core Cortex-A9 CPU. 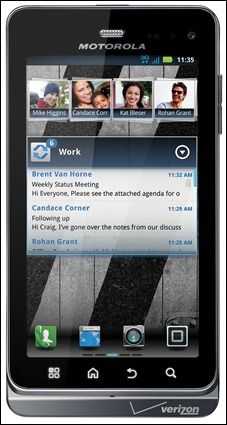 The obvious omission here is 4G LTE which is a bit of a shame, but if you’re the internationally-traveled type, you’ll appreciate the inclusion of global bands.

I’m most excited about the phone’s 5-row QWERTY keyboard. While devices like the Nokia N900 had great keys, the keyboard had only 3 rows! With so few rows, using punctuation and symbols becomes incredibly hectic and really ruins (slows) the typing experience on what would otherwise be a great keyboard.

The Droid 3’s keyboard, on the other hand, has a dedicated number-row which will definitely reduce the amount of modifier-key usage and this will serve to increase the typing speed. I haven’t had a chance to use the keyboard just yet, but they keys are looking improved over the 4-row Motorola Droid 2 that came before it!