The Anticipated Nokia N9 Not Launching in the USâ€¦ Perhaps Ever 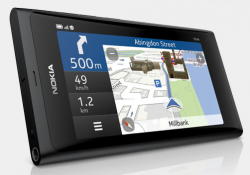 All I can say right now is “wow inch. The Nokia N9 is the only high-end phone from Nokia that has drummed up significant interest and anticipation for some time now. Recent information indicates that it may not even launch in the US.

The US certainly isn’t the only country in the world, contrary to the belief of some, but I’ve personally seen lots of people here who are more than excited by the Nokia N9, even if it is at severe risk of poor after-sale support.

Now Nokia says that the N9, which is expected to launch on the 23rd, isn’t currently planned for for the US, and may never find its way to US shores:

“After the very positive reception to the launch of the Nokia N9, the product is now being rolled out in countries around the world. At this time we will not be making it available in the US. Nokia takes a market by market approach to product rollout, and each country makes its own decisions about which products to introduce from those available. Decisions are based on an assessment of existing and upcoming products that make up Nokia’s extensive product portfolio and the best way in which to address local market opportunities.”

I’m sure I don’t have to tell you that this is upsetting as someone living in the US, but this has implications outside of the country as well.

The fact that the N9 will only be launching in a limited number of countries means less people with their hands on the device which means a smaller demographic for developers. This is bad news for the platform as a whole. If developers don’t’ have a large demographic for which to develop and sell, it’s unlikely that the device will ever reach a critical-mass of applications that, in this day and age, are key to the success of mobile devices.

Whatever Nokia has up their sleeves for a new high-end device, it had better be pretty awesome, otherwise people will be mighty disappointed.

Engadget is the source of this information, and they’ve got a few links for additional reading that might want to check out. Go have a look!