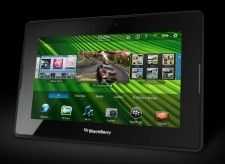 Remember the Blackberry PlayBook? Yeah well, prior to it’s release way back in April, RIM spilled the beans on what seemed like a really neat feature… the ability to run Android applications on the device thanks to an application called the Android Player. We covered a demo of this functionality that RIM showed during Blackberry World back in May, and we were genuinely impressed with how it seemed to work.

Some 5 months after the launch of the Blackberry PlayBook, not only has the Android Player not even been released, but new details tell us that it’s going to be much less impressive than we were initially led to believe.

Dante Cesa of Engadget points out a story from Thinq with new details about the Android Player. Specifically, the Blackberry PlayBook won’t be able to run any applications that have been developed with the Native Development Kit. There are no official figures on how many applications use the NDK, but it’s likely that a decent amount going by Google’s description of the tool: “The Android NDK is a companion tool to the Android SDK that lets you build performance-critical portions of your apps in native code. It provides headers and libraries that allow you to build activities, handle user input, use hardware sensors, access application resources, and more, when programming in C or C++”

Not only are NDK-built applications off-limits for the Blackberry Playbook’s Android Player, but so are any applications which rely on Google Maps, text-to-speech, in-app purchases, or the cloud-to-device messaging system that you’ve seen used with Google’s Chrome to Phone extension.

Blackberry’s PlayBook launched to much fanfare, but was cut down pretty quickly by reviewers for having missing features… you know, like an email client. After failing to gain much traction, thoughts of RIM exiting the tablet market are starting to crop up, definitely not a good sign for a company that is already widely regarded as behind the times in its once thriving smartphone lineup.