Intel’s Medfield Honeycomb Tablet is the First with NFC, Likely to Be Used with the ‘Compute Continuum’ 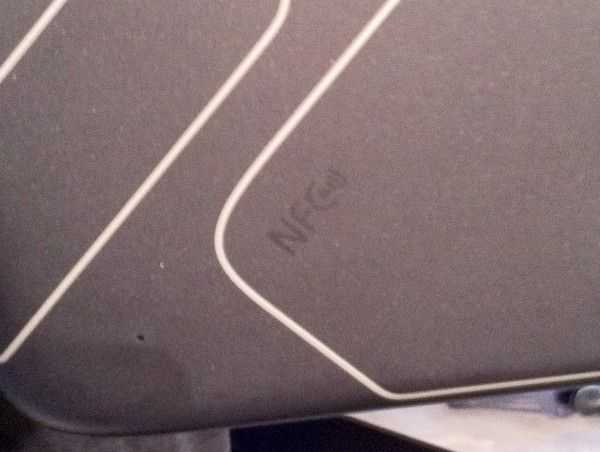 In addition to being the first tablet to run native Android Honeycomb on Intel, the Medfield-based tablet that Intel has shown briefly is the first Honeycomb to include NFC. They didn’t officially announce this yet (I just happened to catch the faint logo on the back of the device while shooting it as you can see above).

I’m willing to bet that this is intended to be used with the ‘Compute Continuum’, a just announced effort by Intel and partners to get devices to work better together, regardless of platform or OS. A classic early example was the ability to pair and share your photos and videos from a phone to a PC (something we’ve been able to do for years with Bluetooth, albeit not very easily). Something more interesting that Intel demoed in regards to the Compute Continuum was an app on a Windows based PC that would receive SMS and other notifications from your phone, show them on the computer, and allow you to respond.

This sort of functionality is certainly desired — sit down at your computer and do all your computing through it (even if some of the content comes from your smartphone) — but it will require a consistent vision to execute. Unfortunately, Intel’s approaches a often to give partners the power to implement consumer-side software solutions, which might complicate things. I’d rather not see a smartphone client released by Dell, Samsung, LG, etc, but rather have one that works considerably across PCs with little configuration necessary. Only time will tell.