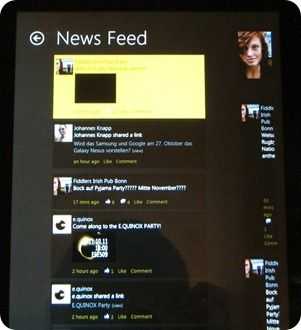 Many of us have downloaded the Windows 8 Developer Preview to give it a test run and I think it’s fair to say that the most exciting feature to test is the Windows 8 Metro UI. Focused on touch, app-snacking, consumption and entertainment it has been an interesting product to think about in terms of mobile computing; real mobile computing. Getting the balance of UI right for both on-the-go and bum-on-seat activities hasn’t been achieved by anyone yet. Windows 8 is the big hope for that in the future.

Not only does Windows 8 introduce this interesting Metro UI and apps layer, it also approaches quick-startup and efficiency. In testing it over the last few weeks on four mobile devices, I’m not as positive as a was a month ago about the Metro UI although it’s way better than anything I’ve experienced as an overlay on Windows before and ultimately, I’m enjoying its responsiveness, sharing sub-system, full-screen Explore browser and dynamic nature. There are some serious issues to talk about though.

where to order nolvadex online

The first is that while Metro works on low-resolution devices, the apps won’t because they require a minimum of 768 pixels vertically. For the side-by-side snap feature, you need 1366 pixels minimum width. There are also major issues when working in portrait mode something that isn’t really supported at all. The resolution restriction seems crazy when you consider the cost and size of 1366×768 screens. I don’t see anyone producing that at 7″ and as it’s not compatible with 1024×600, 100 million netbooks users are going to be left out.

You might argue that we just need much higher resolution screens. I’ve tried Windows 8 on a 1280×800 screen at 5.8″ and yes, Metro apps work. Text might need a little enlargement here and there but it works. Some issues remain though. Touchscreens can’t be recessed otherwise it’s not easy to find the magic swipe that expose the hidden menus on the right and bottom left corner. Forget resistive screens. That’s not such a big deal considering the level of capacitive and digitiser deployment and it’s also not much of an issue for the classic Windows UI either as that’s the one you’ll be using who you’re docked at your desk. The other issue comes with cost and battery drain. High resolution screens are expensive to produce, especially if you want one that’s readable outdoors. There’s also the power cost in terms of the display electronics and the graphics power needed to control it. Given that most people are more than happy with 200ppi, a higher density in a 7″ frame is counter-productive, at least for large-font Metro. People with perfect eyesight may disagree with 200ppi but I regard it as a good trade-off point for screen design. 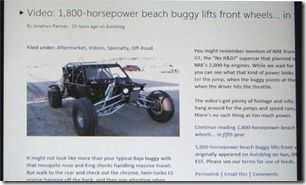 It’s unfortunate that the developer preview is indicating that portrait mode isn’t encouraged. All the apps in the preview fail to work efficiently in portrait mode despite that fact that in portrait mode you get the best split-screen keyboard experience and preservation of screen real estate.

I agree with those that say portrait is useless on a top-heavy device of 2lb or more but what about 2013, 2014 when 10 inch Windows 8 tablets could be under 1lb and when even the 7 inch form factor could be possible with a hi-res screen?

To demonstrate what I mean here, I’ve made a video showing the Windows 8 developer preview on an ExoPC in portrait and landcsape modes.