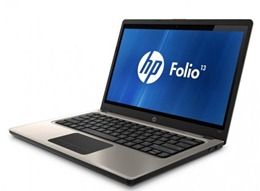 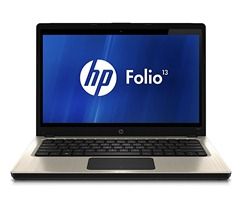 I took a closer look at the HP Folio 13 at CES a few weeks ago (video below) and sure enough it’s a solid device with a good keyboard. In terms of specs it matches my requirements perfectly. A good quality back-lit keyboard, full size SDHC slot, bigger-than-average battery, good quality Wi-Fi module (with Wireless Display) and a full-size Gigabit Ethernet port. A 1600×900 screen would be nice for more efficient dual-window working and a VGA port would help with meeting room connectivity but at $899 (pre tax) in the USA, it’s priced well. Pre-order pricing in the EU is currently €999 (post tax) and in the UK £899 (post tax) but there’s no availability in those regions yet.

In the USA the Folio 13 comes with with a Core i5 CPU, 128GB SSD and 4GB RAM. Yes, the Toshiba Z835 is cheaper but there’s quite a difference in processing power between a capped Core i3 and a Turbo Boost-enabled Core i5. The extra 400gm weight means having 25% more battery capacity (59Wh) and that might mean you can leave the mains adaptor at home, saving 200-300gm!

I’ve had a look around for review on the Folio 13 and the feedback so far is good. Cnet gives the Folio 13 an Editors Choice award and talks about a great keyboard, good battery life. “The integrated battery on the HP Folio 13 lasted for 5 hours and 58 minutes in our test–just a hair under 6 hours, which is excellent for the ultrabook category.” [Full Review]

Slashgear on battery life – “I’m pleased to report that it broke the 8-hour mark in two tests and made it all the way to 9:15 on a third before dying.” [Full Review] “Over seven hours of juice.” says The Verge.

Looking for noise and SSD speed reports led me to The SSD Review who have tested the drive, a Samsung MZMPA128HMFU that also appears in the Samsung Series 9 (2011.) Having tested two version of the Series 9 I know that the SSD isn’t going to disappoint. It’s not a 500/500 Sata 6Gbps device as found in the ASUS UX31 but it’s fast.

Two reviews mentioned fan noise. Joanna Stern at The Verge says “despite having HP’s hardware and software CoolSense cooling feature, the bottom of the system gets warm and the fan vents (also located on the bottom) start whirling. The sound actually persists, even long after you’ve stopped playing video. It’s rather annoying, though, yes, I got used to it after awhile.” [Full Review]  Engadet says “Throughout our testing, we also noticed an incessant, but not-too-distracting whirring coming from the vents. After awhile, it registered as white noise, but it’s worth noting that this sound doesn’t go away, and is especially discernible if you’re working in an otherwise quiet space.”

I suspect these noise reports are for air movement noise and not the more annoying (as found on the Toshiba Z830) mechanical hum that’s possible.

Overall it looks like the HP Folio 13 pulls together a very balanced range of features and offers long-duration productivity. For anyone looking for a relatively lightweight mobile workhorse without the style focus that other Ultrabooks have, the HP Folio 13 could be the one.