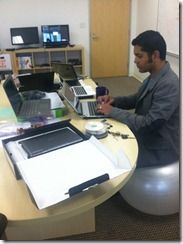 Of course this is all my speculation at this stage but doesn’t this announcement make it sound like they’re working hard with Intel?

“Getting some not-yet-released Ultrabooks loaded up for CES in Las Vegas, where we’ll be making an announcement…”

It’s probably worth following them on Facebook for further updates.