We’ve just spent some time with Asus  looking around a selection of the products being shown at CES this week. Unfortunately there are no new Ultrabooks being shown but there’s a “Hot Pink” UX21 here. Not for the faint hearted (Or maybe it is!) 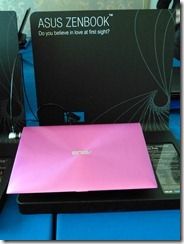 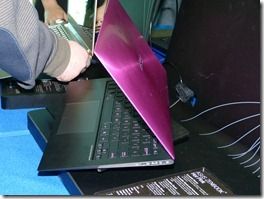 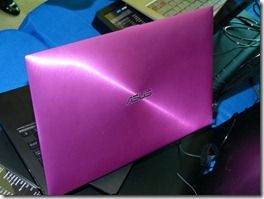 An ASUS representative tells us that the next Asus Ultrabooks will be launched in the April timeframe and will be Ivy Bridge based. No details were given.