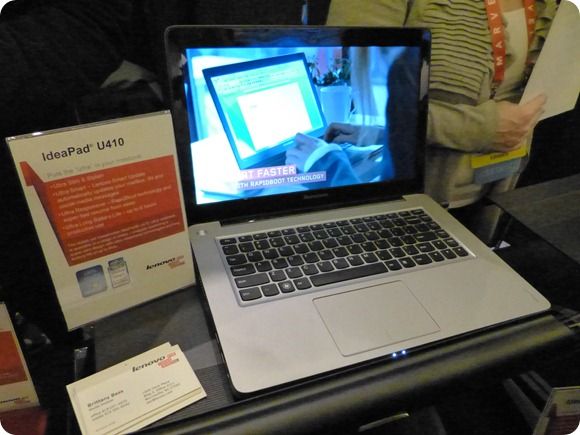 I spoke to a Lenovo representative who said that these Ultrabooks may even ship with Ivy Bridge processors if Intel are ready in time. A Q3 time-frame would permit that. The devices I saw were running Sandy Bridge. The 14” U410 will have a discreet GPU option – NVIDIA GeForce 610M.

Update: According to a press release reported at Slashgear, the pricing will start at $699 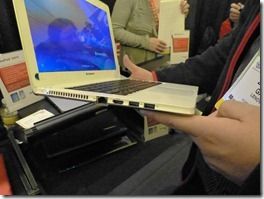 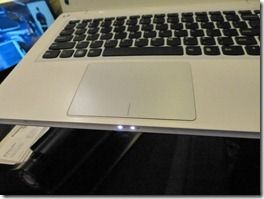 More images available in the gallery

The U310 and U410 will run hybrid hard drives (SSD options may be available) and aim for a true 8hr battery life with a 50Wh battery or more. No final specifications list is available but we’ll have a chance to quiz Lenovo further when we meet them later this week in less crowded condition. In the meantime, enjoy a little video of the U310 and U410