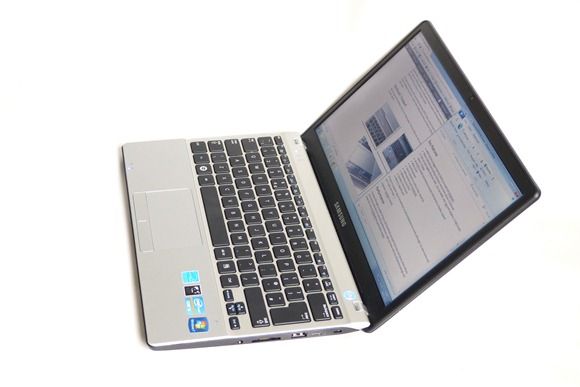 For those that like to kick back with a video, check out my unboxing and overview video embedded below. 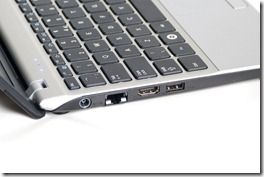 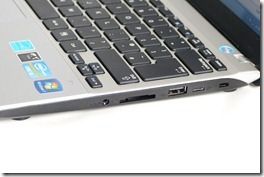 If I have to complain about something It would probably be the screen although I’ve seen worse and can’t really call it bad. 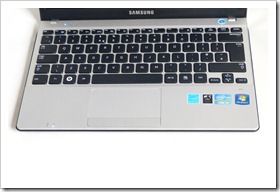 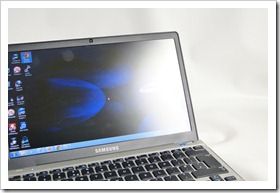 There are better keyboards out there. The Samsung Series 9 keyboard, for example, is better than the keyboard on the NP350 but I don’t rate this as a bad keyboard by a long shot. It beats the UX21, UX31 and Acer S3 and for many it will have a better feel that the Z830 keyboard. There’s enough travel and the keys aren’t wobbly or mushy. If the NP350 keyboard had a backlight it would be a complete winner but unfortunately it hasn’t.

The screen is the one item on the NP30 that I would call cheap. It certainly doesn’t win any brightness or viewing angle awards. It’s got a matt finish though and at the correct viewing angle the blacks are black and the colours are OK. I don’t see how anyone could moan about the screen although there’s always room for improvement. The screen doesn’t lean back further than 45 degrees.

I’ve been through a number of tests with the NP350 and apart from the hard drive which affects some test results the CPU and GPU performance is right up there with the Ultrabook average and beats the Core i3 Ultrabooks by quite some margin. The Elantech touchpad isn’t giving any problems either. In over a week I haven’t experienced any pointer jumping or other issues with either the mouse or the keyboard.

The result beats the Acer Aspire S3 but falls behind the SSD-based devices.

The Samsung NP350 beats the Aspire S3 and 900X1b (Core i3.) According to scores around the net, it falls short of the performance on Core i7-based Ultrabooks

The CPU scores beat all Ultrabooks: 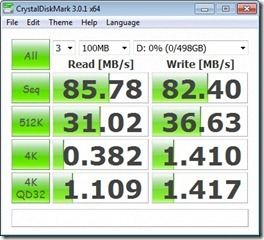 Disk speeds are better than the Acer Aspire S3 but nothing compared to SSD-based results from Ultrabooks. The Samsung NP350 would benefit from an SSD retro-fit.

You probably won’t be booting the NP350 from cold much because standby works so well. it won’t stay in standby for as long as some Ultrabooks but in one week of use I haven’t rebooted the NP350 a single time. Return from hibernate is not as fast as on Ultrabooks.

Cold Boot – 50 seconds until login prompt. Disk stays busy for a minute or two after login as is the case with all hard-disk based Windows systems.

Starting up Cyberlink PowerDirector, a large video editing suite, takes many times longer on the NP350 than it does on an SSD-based device.

Hard disk speed is the main difference between the performance of the NP350 and average Ultrabook performance.

The Samsung NP350 has a battery drain range between 4 and 45W. It’s a huge range but it’s nice to know that office work remains down in the 10W area with Chrome-based browsing tests resulting in an average 7.5W drain on a clean system.

Note: Original tests were done over short-term periods with the figures calculated against a 60Wh battery capacity drain. This was an error and has been corrected below and in the detailed battery testing article based on the correct battery capcity figure of 47Wh 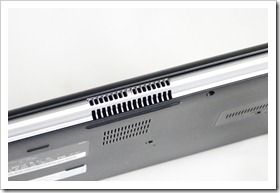 Overall I’ve been impressed with the heat and noise. There’s no annoying buzz or electrical noise and in normal use (I’m in balanced mode under mains power right now) the fan is normally off. Naturally there’s a fair bit of air movement when the device is draining 40+ watts of power but it does it in a relatively graceful way.) 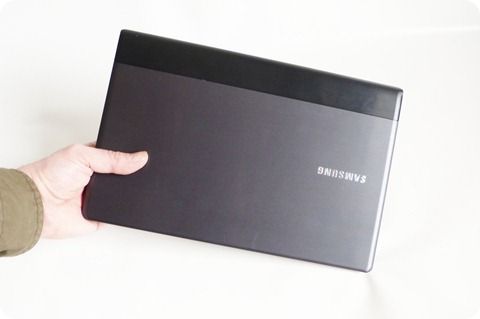 The Samsung NP350 is a true, lower-cost alternative to an Ultrabook that offers the same CPU, GPU, battery life and weight figures. The hard disk comes with plently of storage space but doesn’t match the performance of the SSD-only Ultrabooks. While there are cheaper Core i3 devices, it’s difficult to find one that is so mobile, has the 2.2Ghz clock and, at least in the UK when I bought it, a great price.

More images in the gallery