The product is planned for a Q3 release which means, of course, that we’re looking at a potential Ivy Bridge candidate here. Toshiba wouldn’t confirm this but they didn’t deny it when we asked! The keyboard is very similar (same feel) as the Z830 keyboard but will only have backlighting in some models. It will run a hybrid HDD/SSD and has a good set of ports. Materials appear good quality although there’s clearly some cost-cutting in the mix as it didn’t feel as high-end as the Z830.  The image set below was taken in a nightclub but we managed to get a few reasonable shots for you, including a brief showing of Windows 8 before the lid was quickly closed by the Toshiba rep! 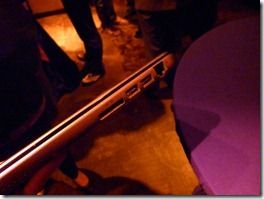 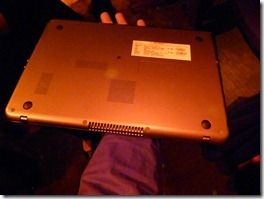 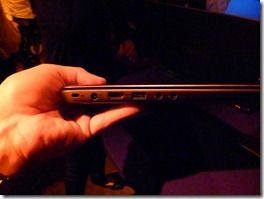 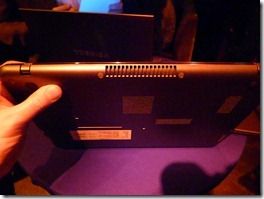 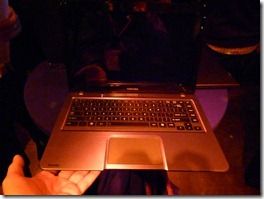 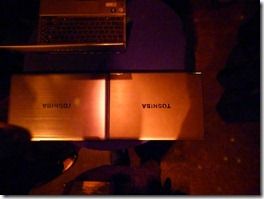 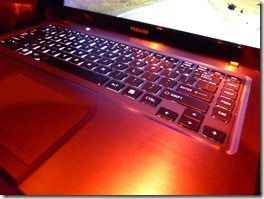 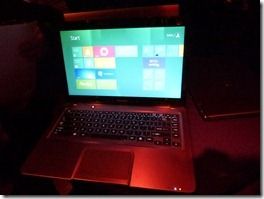