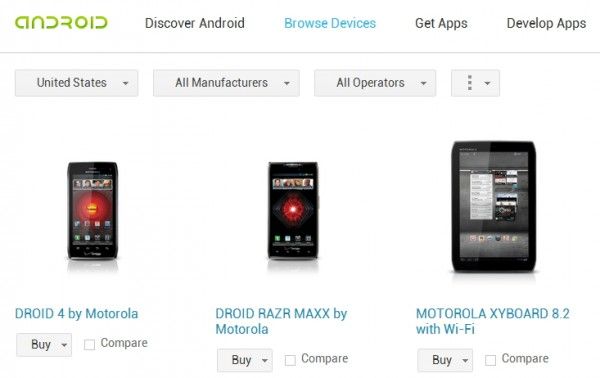 Google has relaunched and redesigned their database of ‘official’ Android devices. Previously found at google.com/phone, Google has moved the gallery under the Android domain; it can now be found at android.com/devices. Along with the domain move, the gallery has recieved a visual overhaul which uses cues from Android 4.0 Ice Cream Sandwich.

Obviously this move was partly motivated by Google wanting to show that the scope of Android is greater than just phones. By moving away from the google.com/phone domain, and calling it the ‘Android Device Gallery’ rather than ‘Android Phone Gallery’, Google has made it clear that Android is an all encompassing mobile OS.

One of the nice things about the Android device gallery is that you can sort by carrier, making it easy for those under contract (most of us!) to see which devices are available to them.