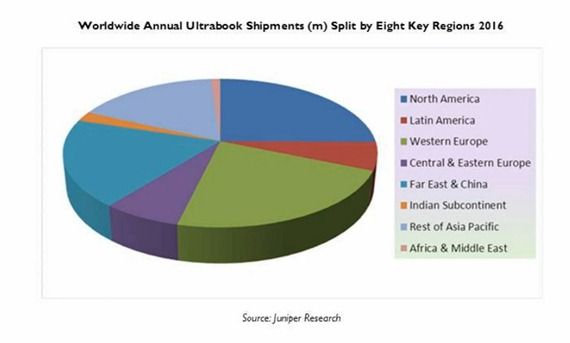 We couldn’t agree more. The notebook, and particularly the netbook, is missing style, sensors, always-on, try-and-buy apps and many other elements of the mobile ecosystem that lock people in. This needs to change.

Juniper are bullish about the way Ultrabooks are moving and are predicting that 178 Million Ultrabooks (we haven’t got their definition available but we assume it’s devices build around the principles of the thin, light and fast Intel Ultrabook of 2012) will be sold in 2016.  This is a more than 4x the peak yearly sales of netbooks – around 40 million in 2010.

By comparison, Juniper are predicting a 253 million total for Tablets. Again, the definition of a tablet is not given.

There are some wooly statements in the press release but the table of contents and the video (below) gives some more information about the depth of the report. There’s a white paper too which is available for free after registration. It gives us an idea of Junipers growth projections. 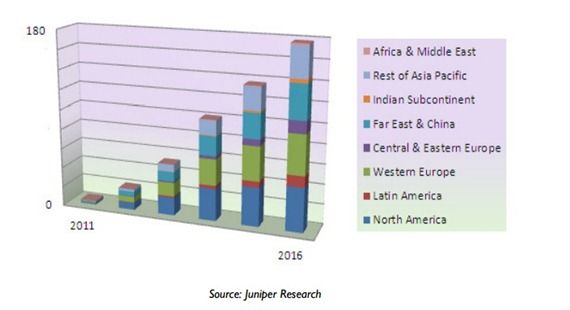 My estimates from the graph:

There’s a great quote in the white-paper:

Intel is trying to put some momentum and energy into the market which, for all of us on the PC-side is a good thing…Intel is investing capital to get the ecosystem moving, to drive prices down, to get volumes up, which is good for us; it’s good for the market.

Who said it? I’ll let Juniper take credit for that work so register for the White Paper here. The press release is here. The full report is available here. The author talks about the report in the video below.