It hasn’t been long since HP officially launched the HP Folio 13 Ultrabook and the Envy Spectre 14 Ultrabook, but it seems that they’re already working on successors so these devices. Uncovered in a thread over at NotebookReview forum was some internal HP communiqué indicating two new additions to HP’s ‘EVNY’ line, the Envy 4, and Envy 6. Evidence thus far suggests that these two new models will be Ultrabooks, likely using the current-generation Sandy Bridge platform along with discrete graphics from AMD. I was able to confirm the model numbers by tracking down some leaked official end-of-life documentation for both the Envy 4 and Envy 6:

This confirms the additions to the Envy series, but the real question is whether or not the two units will indeed be Ultrabooks (as per Intel’s criteria). 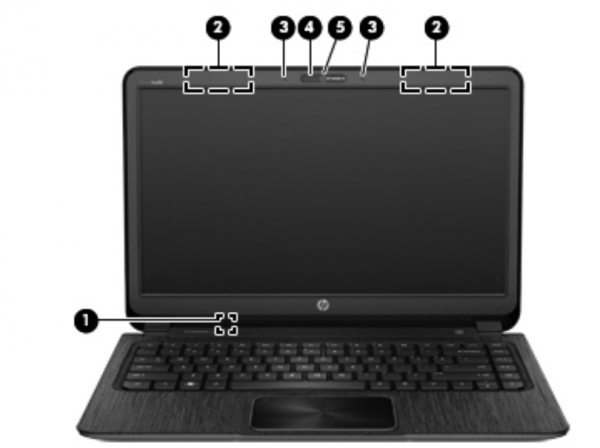 Further digging from the folks at the NotebookReview forums has purportedly resulted in specifications for the Envy 6 (6-1001x) as well as a manual which reveals an image of the Ultrabook (seen above):

Note the dimensions: 1.98cm thickness is of course 19.8mm which falls within Intel’s guidelines for Ultrabooks with displays of 14″ or larger. The weight, 2.15kb (4.7 pounds) seems quite high, but then again we’re talking about a 15.7″ display. The Envy 4’s specs have not yet been revealed in this detail, though the folks from Laptop Reviews reason that it will likely feature a 14″ screen:

As they also mention, because the Envy 4 and 6 appear to be based on Sandy Bridge processors, it’s likely that we’ll see these products launch soon — HP will want to get them out the door before Sandy Bridge becomes dated… Ivy Bridge Ultrabooks will be launching soon!