Optical drives are nice, but they are being used so infrequently these days that they are usually better of as an external attachment (no need to carry something with you all the time that you rarely use). When it comes to an Ultrabook two very important factors are weight and thickness. Optical drives are surely a dying breed, and the decision to add them is somewhat questionable given the added weight and wasted space. I’d far rather have less weight and a larger port selection than an internal optical drive. Keep this in mind when considering the Timeline Ultra M5. 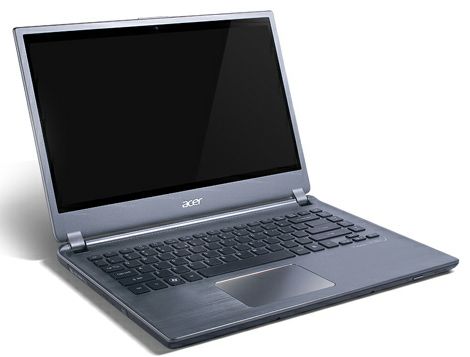 The 14″ model will be offered in a low-cost Sandy Bridge version next to a more expensive Ivy Bridge version. Both have a 1366×768 resolution, include a 500GB HDD + 20GB SSD performance cache, and have an optical drive built in. Both may have a backlit keyboard, but it isn’t clear whether or not it is optional.

If it’s in your budget, definitely consider the Ivy Bridge model; for $99 more you’re getting a faster CPU which includes the turbo-boost function and also the discrete GPU which is far superior to Sandy Bridge’s integrated HD3000 graphics. 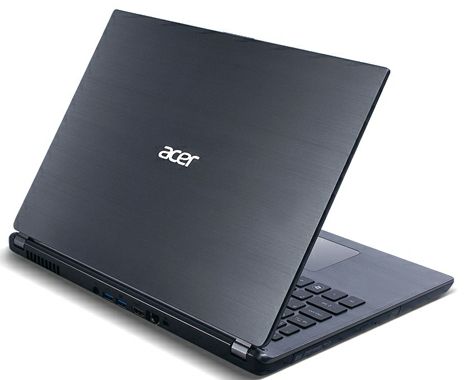 We’re not very impressed with the port set given that these large Ultrabooks have more space to spare than their smaller brethren. Ports are the same for each: 2xUSB 3.0, full HDMI, ethernet/LAN (RJ45), and full SD/MMC reader.

Certainly we would have hoped to see 3 USB ports on here instead of two and a full VGA adapter rather than just HDMI.

Both models weight in at 1.9kg which is fairly heavy — this is thanks in part to the optical drive! Thickness is also pushing the top end of the Ultrabook spectrum at 20.6mm

Both variants will be available starting at the end of June at Acer’s US store and elsewhere. 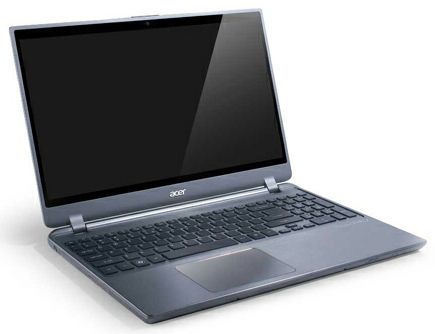 The large screen makes a big footprint and leaves enough room for a full numpad on the right side of the keyboard. The keyboard is also backlit.

The optical drive again leaves this thing feeling rather bloated in the weight department at 2.3kg. Thickness is the same as the others at 20.6mm. Ports are the same for the other M5 models: 2xUSB 3.0, full HDMI, ethernet/LAN (RJ45), and full SD/MMC reader.

As with the other models, the 15.6″ variant will be available by the end of the month in Acer’s US store, starting at $829.