The LG Z350 Ultrabook has been announced.  Based on the same chassis as the LG Xnote Z330 it looks like a straight upgrade to Ivy Bridge to make a 2nd-generation Ultrabook. 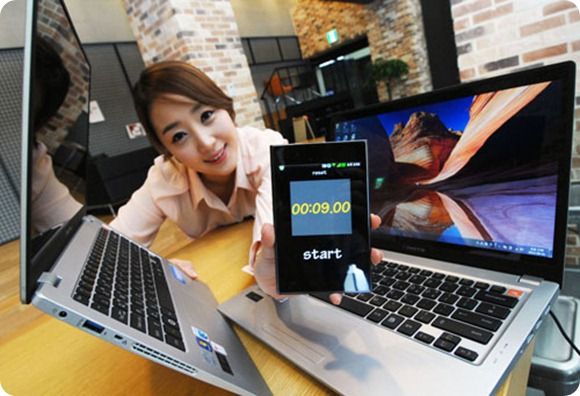 LG haven’t come up with a full list of specs (we suspect that will surface next week during Computex) but are pushing a thickness of 14.7mm which is tenths of a millimeter thinner than the Acer S5. This is getting silly! Taking a look back at the Xnote Z330 specs we also see a claimed thickness of 15mm so maybe the Acer S5 was never the thinnest anyway.

A weight of 1.2KG is more interesting though. For a 13″ screen that, from this angle, looks like it’s got a higher resolution than 1366×768. The bezel looks thin too. Note: glossy screen. 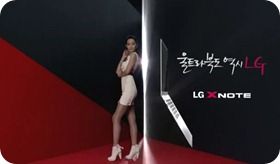 LG also mention a SATA3 SSD in their press release (translated) which could lead to some high disk speeds – the reason that LG claims it will boot in 9 seconds perhaps. (Note: The Z330 also had fast boot speeds. 9.9 seconds I seem to remember.)

Available in Core i5 and i7 versions. No information on pricing and availability yet.

The Xnote Z330 was always an interesting Ultrabook but it never seemed to get wide distribution. Maybe LG can push this one a little harder.