Core-based Windows tablets command retail prices of over $1000 in the market today and basic Ultrabooks start at around $699 so to offer this complex design that could attract premium customers at such a low price is a surprise. Of course, we’re only talking entry level here so we might see a $799 Core i3 version with 64GB SSD in limited supply with the fully specified Core i5 version with 128GB coming in at the $999 mark.

As for the design, we think the slider model is attractive but less practical than a removable slate design. Removable tablet designs have the challenge of squeezing everything into the slate component but the result is a much lighter tablet experience. A 1.3KG slider tablet is never going to be comfortable to work with but an 800gm removable slate is another matter, even if it would have a shorter battery life in tablet-only mode.

What do you think? Does the all-in-one appeal to you or would you like a modular design? 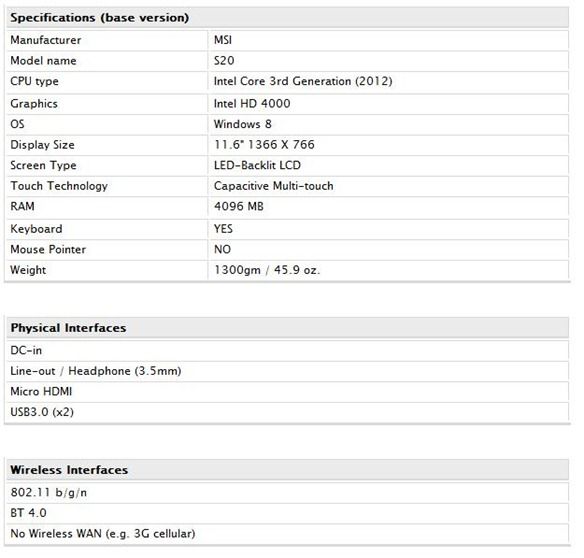