How to Get the Most Battery Life out of Your Ultrabook 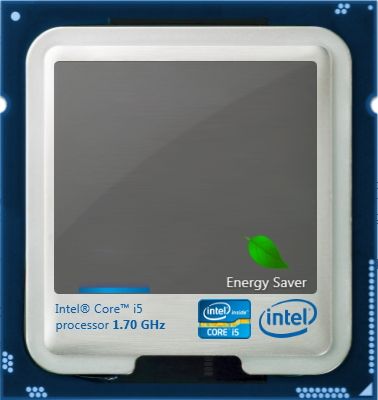 Intel’s Core processors dynamically adjust the speed of your Ultrabook’s CPU to give you power when you need it and battery savings when you don’t. The battery savings come when your Core processor intelligently clocks itself down to the minimum level during tasks that don’t require much power. For instance, as I write this and listen to a song in the background my processor is in ‘Energy Saver’ mode where unneeded cores are disabled to save power and active cores are clocked down. Ensuring that your Ultrabook is correctly downclocking and entering Energy Saver mode is vital to achieving maximum battery life. Inefficient programs or processes running in the background of your Ultrabook could be preventing you from getting the most from your battery; this guide will show you how to get rid of them.

Unruly programs that run in the background could be preventing your Ultrabook from entering into Energy Saver mode. Intel’s Turbo Boost Monitor lets you see the current status of your processor. Many Ultrabooks come with the Tubo Boost Monitor pre-installed. Check your Ultrabook by typing ‘intel turbo boost’ into the start menu. You should see ‘Intel Turbo Boost Technology Monitor 2.0’ return as a result. Launch it. If you don’t have it, install it using the link below:

Note: According to Intel, the Turbo Boost Monitor will only work on Core i5 and Core i7 processors. Some Ultrabooks are equipped with Core i3 processors and may not be compatible (let us know in the comments if you give it a try on an i3 Ultrabook).

If you find that your Ultrabook isn’t appropriately entering Energy Saver, the best place to start looking for the culprit is in the Task Manager which you can open through ctrl+alt+delete (or ctrl+shift+esc if you’re a pro). Switch to the ‘Processes’ tab and sort by the CPU field. This will show which currently running processes are using what percent of the processor: 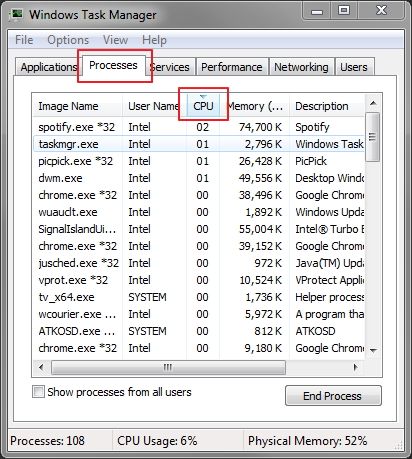 In the screenshot above I don’t have much hogging my processor but you may find that some process is grabbing processing power and preventing your processor from downclocking to Energy Saver. If you find a process that you suspect to be the culprit, take note the name somewhere and then highlight it and hit the ‘End Process’ button at the bottom right of the Task Manager. Keep an eye on your Turbo Boost Monitor to see if your Ultrabook successfully enters Energy Saver (and be sure that it stays there) after removing the process. The offending process will likely return after a restart and ruin your power savings all over again; I’d recommend Googling the name to track down what it belongs to and see if it can safely be uninstalled.