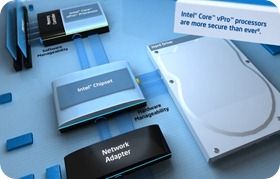 Over the last few weeks I’ve been researching Ultrabooks for business. I’ve been trying to put together an article series on the security and manageability features you can expect in all Ultrabooks, in selected Ultrabooks with security features and in VPro Ultrabooks. I’ve had calls with Intel and spent way too much time looking at white papers. I’ve learnt about three levels of Identity Protection Technology (Intel IPT), Anti Theft features (Intel AT), 3rd-Gen VPro and Mcafee EPO and Deep Command, Remote KVM, VPro over WiFi, hardware AES encryption and TPM.  Honestly, this is the toughest subject I’ve ever had to deal with in my 6 years as a blogger. Not only are the subjects complex but there are so many options that it’s difficult to tell what you get with an Ultrabook and VPro Ultrabook and now, an ‘Ultrabook for Business.’

A large part of my research will be at IDF in September where I will be attending presentations and interviewing specialists In the know and as I plan my schedule, I’ve come across one session that highlights a big push by Intel to get Ultrabooks into the IT shop. Session IEIS001 is a presentation about the “newly released Ultrabook for Business.”

Reading further into the notes and reading around the other sessions, adding in my general Ultrabook expertise I can take a stab at summarizing what’s going on here. Intel are likely to be creating a new range of VPro enabled Ultrabooks that use sensors and the best of the security technology available and placing it under a new sub-category of Ultrabooks. Using sensors and indoor location technology, Geo Fencing will be introduced. NFC for Identity Protection. Secure Storage is also on the cards. The security and manageability options for Ultrabooks have always been confusing so if Intel bring a well-defined set of features under a new banner, it could help, especially if ‘Bring Your Own Computer’ (BYO) takes off.

Intel IT: Ultrabook™ for Business: The Next Experience and Usage Models for Business Customers

In this session we will discuss the newly released Ultrabook™ for Business, the technologies included on the platform and the usage models that they can bring to your end users and IT shops globally.
Hear details on:
• New platforms that are not only thin and light, but built for the next generation of business
• Technologies, such as sensors and McAfee* ePO Deep Command, and how Intel IT uses these for indoor navigation as well as Geo Fencing, next generation ERM, and application enablement

The technology discussed is likely to form part of a 2013 standard for business Ultrabooks and there will be a lot to learn. I’ll be brining you updates from IDF in Sept and continuing to track and summarize the features, keywords and technologies in further articles on Ultrabook News.

A summary of Ultrabook Security Features can be found in this article.

You can find out more about VPro-Enabled Ultrabooks here.

An example of a VPro-enabled Ultrabook – Lenovo Thinkpad X1 Carbon.

This video also teases a next generation of business Ultrabooks.

Are you working in an IT shop? How attractive are the VPro and security options to you? Would an ‘Ultrabook for Business’ approved laptop make your life easier?