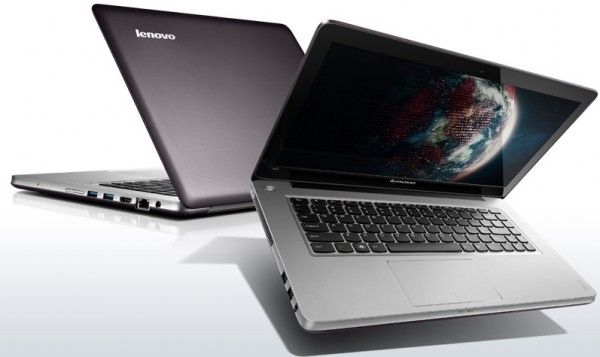 This one slipped by us during IDF last week, probably because of how little attention Lenovo payed to it. Lenovo is stepping into the large end of the Ultrabook Spectrum, the 15″ class. The IdeaPad U510 Ultrabook seeks to “combine the best features of a tradition laptop with the sleek aesthetics and desirable qualities of a tablet”, according to Lenovo.

There isn’t a terrible amount of detail from Lenovo at this point regarding the IdeaPad U510. The little blurp they gave the public mention up to a Core i7 processor (almost certainly Ivy Bridge), up to 1TB of HDD storage and an “optional” 32GB SSD performance cache. Included is an optical drive, or this can be optionally upgraded to a Blu-ray drive. Unless the mention of the SSD cache being “optional” was a PR slip up, then the U510 is to be offered in non-Ultrabook form which means you’ll give up Ultrabook features like Intel Rapid Start and Smart Response in exchange for probably $100 in savings.

Lenovo says that the U510 is 21mm thick — this is borderline thickness according to Intel’s Ultrabook criteria, but it is to be expected from a larger device. Weight is quoted at a fairly hefty (for an Ultrabook) 2.2kg. The company is also claiming six hours of battery life for the U510 which doesn’t bode well compared to other Ultrabooks when we apply our 2/3 rule — expect around 4 hours of useful battery life.

The U510 is expected to be available starting this month for a modest $679. Unfortunately that low cost leads us to think we’ll be looking at a 1366×768 display on the U510 which would be less than desirable for such a large screen. Perhaps options will be available when the U510 goes up for sale — stay tuned.

The IdeaPad U510 joins other big budget Ultrabooks with optical drives like the Asus S56 and HP Envy 6 Ultrabook.

The Envy 6 starts at $799 and the Asus S56, while not yet released, is expected to start at $699 which will put it in direct competition with Lenovo’s U510. The S56 doesn’t offer an optional Blu-ray drive like the U510, but it can be optionally equipped with discrete Nvidia graphics.