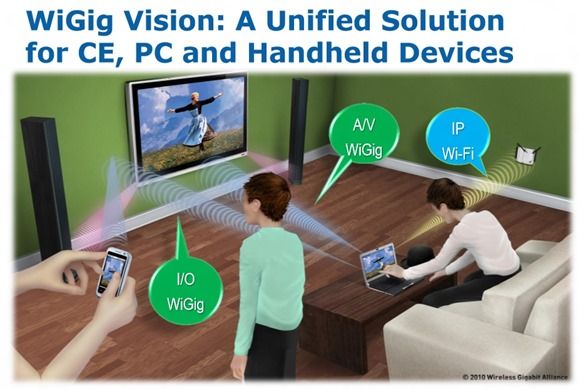 The Wireless docking extension to the WiGig standard – itself a short range, high speed wireless transmission method, builds on the Wireless Serial and Wireless Display extensions to the protocol.

Effectively you’ll get display (lossless or compressed) up to Display Port 1.2 standards (that’s 4K support I believe) along with and audio transport and a USB transport. Docking can be done direct to devices or via adaptors. 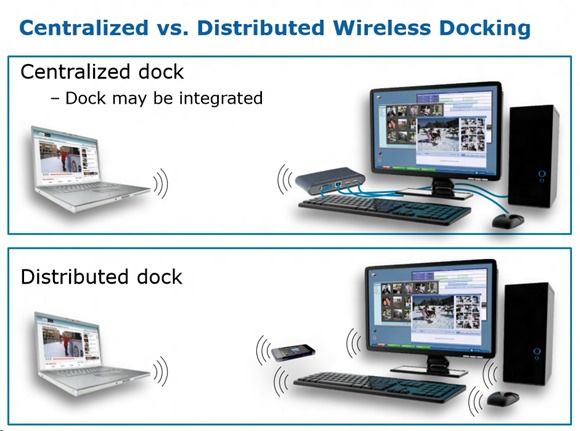 The question of power efficiency comes up of course so if you’re driving a fast wireless signal, and potentially a Wi-Fi radio in parallel, are you going to need to plug in? For the ‘hot’ desktop scenario it isn’t much of an issue but we’re told that because of the huge 6.8Gbps data rate, there’s an advantage in that data can be transferred faster than other method and the system can go to sleep. With display, there’s a static image flag too which will help.

We asked Intel when they expect products to hit the market. The official line is 2014, after the spec has been finalized later in 2013 but one manufacturer told us they are working with draft standards and a tier one Ultrabook manufacturer to get a solution ready for a CES demo and a final product ready for launch in Q1 2013.

The question of cost comes up of course and we don’t know the answer to that one yet. Adoption will, naturally, bring prices down.

Who else is involved? 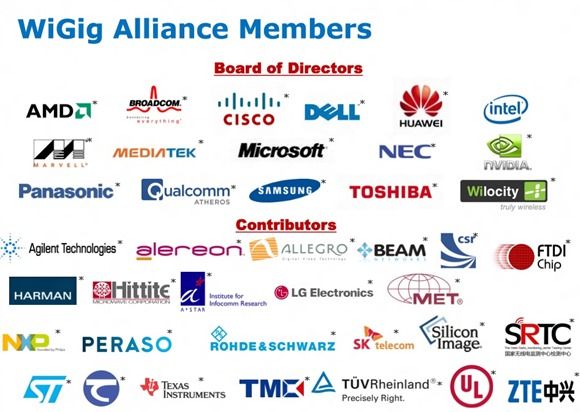 WiGig and wireless desktop is an exciting area and we’ve connected with a few people now that should keep us updated. Of course, we’ll be tracking CES very closely!

You can find out more about WiGig here.