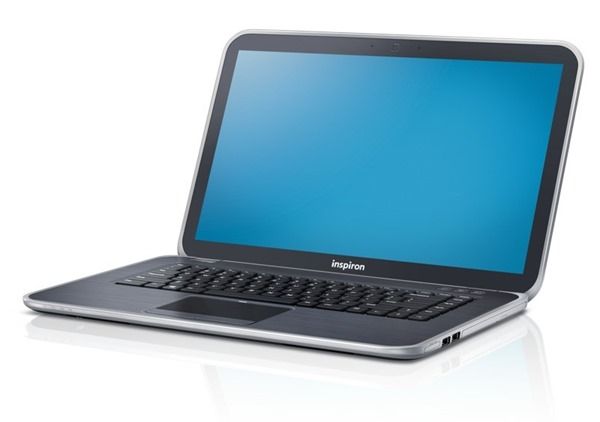 With an optical drive, a large screen, 0.5TB of storage and  4GB of RAM, Dell is positioning the new Inspiron 15Z right into the mainstream. For $749 (Core i3) and $799 (Core i5) you get a lot of laptop for your money. Options include touchscreen, BluRay, memory, SSD and discreet graphics but Ultrabook fans won’t be too impresses with the HD (“720p” – we’re assuming 1366×768 for Windows 8 compatibility) screen resolution.

There’s a RAM option and memory options from 4 to 8GB. (Varies by country)

Skullcandy (does that mean something kids?) speakers, an optional Blu-Ray drive and a relatively small, especially for such a big screen, 44Wh battery – the one major gotcha I want to warn potential customers about. This is not one for an all-day road-trip.

SSD versions are available with 128GB and 256GB so with 8GB of memory a potentially great ‘desktop’ laptop Ultrabook all-rounder.