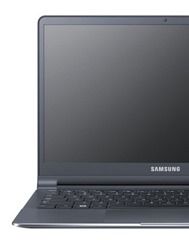 Trying to make head and tail of the 30+ variants of the Samsung Series 9 isn’t that easy but it boils down to this when talking about Windows 8 models in Europe.

The two highlighted models above are being offered with Windows 8 for just €999 in European markets right now. Be aware that the 13.3” model is showing with an older Sandy Bridge build, as in the very early versions of this version of the Series 9. It’s a little confusing, if not tricky of Samsung. Obviously details can change with region and again, we’re not seeing these updates in the USA yet.

Click the image below for the interactive guide as we’ve updated the database with the new models. 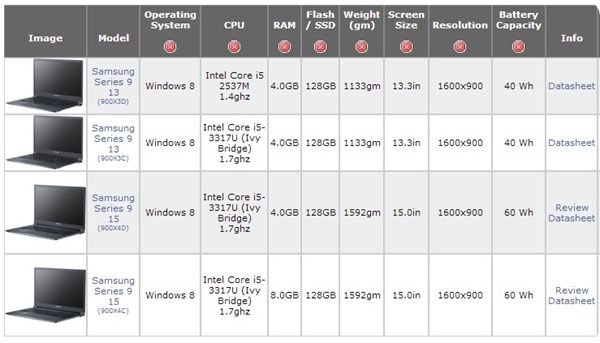 There’s no indication of any higher end models with touch or FullHD screens at the moment.