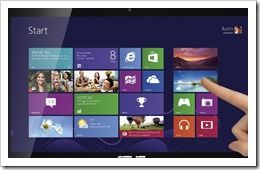 The ASUS Transformer Book, TX300CA, went live at Amazon.de this morning with a price of €1399 for the Core i5 version. No discreet graphics in the keyboard but it includes the 128GB SSD and 500GB drive, 4GB RAM. The complete package weighs 1.9KG / 4.2lb. Total battery capacity is, however, an impressive 65Wh. Our database now updated.

06:08: The MSI S20 is official. There’s  price and availability now at Notebookitalia

06:13: Amazon.com’s Hot New Releases page for Ultrabooks has been updated. TaiChi is #1 [Aff. link] It’s the #3 best seller at the moment too!

06:18: Dell have just told us that their WiGig docking station (For the 6430u) will be available at the beginning of 2013. Details of the product unknown at this stage.

06:47: We’ve just added the HP Envy Touchsmart 4t to the database. Laptopmag have a review. All details in the database.

06:52: Gigabyte has (re) announced their Ultrabooks. We already have them in the database… X11 wasn’t mentioned by PC World

06:59: Microsoft will be Live Streaming the keynote of the all-day event here.

Gizmodo, a site that likes to be controversial, have their Windows 8 Review up. “Not Quite Incredible” they say.

Vizio have launched their updated Ultrabooks with Windows 8.  No other changes as far as we can see.

Welcome to all our readers. 61 of you on the site right now. Most of you looking at the Transformer Book!

We’re getting an update on the state of play…

If you’re not watching the stream you haven’t missed much yet. Big promo job going on with Win 8 now. Touch, Store, RT etc. No news yet…

1000 new PCs have been certified for Windows 8. Starting under $300. Ultrabooks and touch Ultrabooks get a mention. Intel Clover Trail gets a shout too. AMD must be feeling pissed! 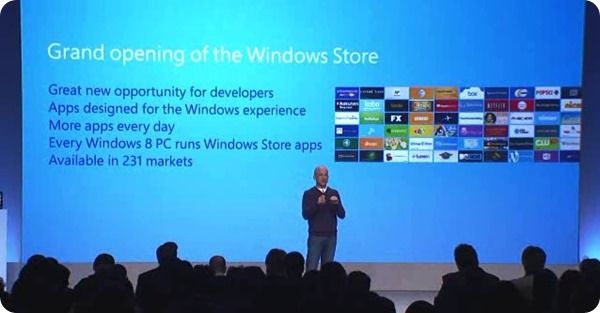 Balmer in a video with Reuters 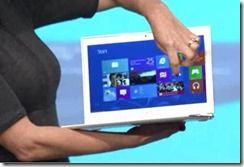 Acer S7 demo at the keynote is used to demo 1 second resume from standby.

08:55 Stock-shift alert! Dell have just activated a 5hr sale on Windows 7 laptops including the Inspiron 14z Ultrabook at $599. It’s only Sandy Bridge though.

“Windows 8 shatters perceptions of what a PC really is” 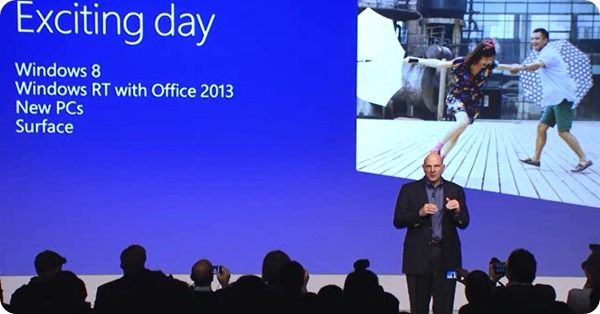 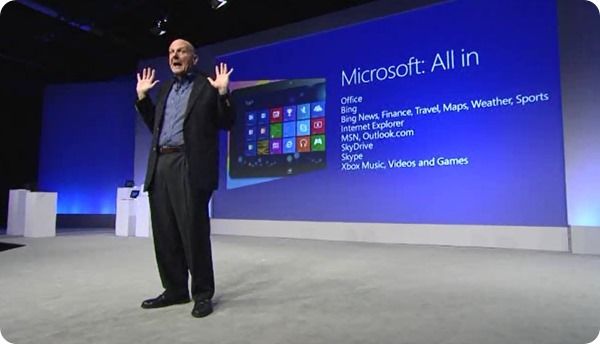 Balmer speaks of the upgrade opportunity. “670 million Windows PCs…that’s a very large number, even in the world of large numbers”

It looks like the keynote is over. Not sure if the journos will be rushing to get hands-on with it though!

The Surface video is pretty cool.

MS reveals the Micro SD card slot behind the stand…

11:07: The Surface demo continues, and it’s quite impressive! No mention of Surface Pro though and I don’t expect it to be mentioned here. This hour is sponsored by RT!

20:12. That’s the Surface Keynote done. The feeling after that is that it might have taken some of the wind from Windows 8?

This post will stay open and active over the next 24hrs at least as we track the market for anything new. Next up on the site – Dell XPS 12 Review Roundup.

We just threw together a database showing all Windows 8 Touch PCs, regardless of x86 CPU. Maybe it helps some people choose between low and high-end devices.

Here’s an interesting report I hadn’t seen until now. “GBI Research expects the global Ultrabooks market to reach $75.8 billion in revenue in 2016, from just $1.3 billion in 2011”

There’s a huge amount of comment out there following the event today. Here’s a few worth reading.

Laptopmag – Where Are the Apps? Windows 8 Launch Event Disappoints

4:39pm Engadget gets hands-on with MSI S20 Slidebook. Link
5:22pm Above is now with video.

Friday 02:19:  Amazon now have official availability for many of the new Ultrabooks and it’s disappointing. Most that we’ve seen are ‘temporarily out of stock.’ The Toshiba U925t is the first we’ve seen to get a slight discount though. The slider can be bought for $1196.36 [Aff. Link]

06:53 We’ve just added the Panasonic AX to the database.

Intel have launched a set of new Ultrabook promo videos.

1:01pm: We’ve published a few more snippets on the MSI S20. It appears their PR teams have been out and about!

And that’s it for this updating blog.

Windows 8 is here and Ultrabooks got some great coverage. It’s been a busy few days but it’s been worth it. We’ve seen a huge number of new visitors here (hi!) and have just about caught up with all the products. We’ve got a few more to put in later this week but our #1 task right now is to chase up all the review samples!

Don’t forget that the Ultrabooknews Forum is open and I’m checking in regularly to answer your questions. Hope to see you there.