We’ve defined 4 categories of form-factor in our database but we’ve expanded that to 5 in the poll. Here’s a summary of the form factors you can find in our database.

Standard Ultrabook with Touchscreen – Examples would be the ASUS Vivobook S400, the HP Envy Touchsmart and Samsung Series 5 Ultra Touch. They are based on traditional laptop designs but include touchscreens.

Detachable touchscreen – Examples would be the ASUS Transformer Book and the Samsung ATIV Smart PC Pro 700T. The screen unit is detachable from the keyboard and operates as a tablet. 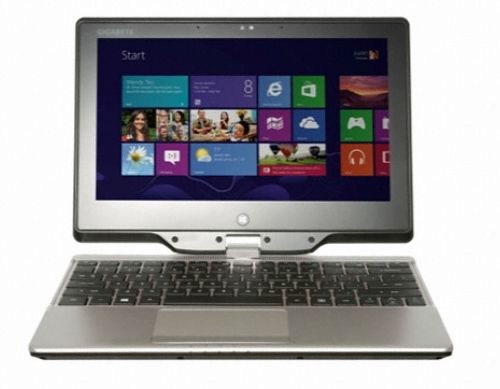 180 Degree Rotating Touchscreen – We’ve grouped three variants of  rotating touchscreen together here but all three offer a similar experience where the screen can be rotated and closed with the touchscreen facing outwards. The solution can act as a tablet. Examples are the Lenovo Thinkpad Twist, Dell XPS 12 convertible and Panasonic AX.

Slider touchscreen – In this solution the unit is primarily a tablet but the screen slides back and up to reveal a keyboard. It offers a similar us case to that above but keyboard area is slightly reduced. Examples are the Sony Vaio Duo 11 and the MSI S20 Slidebook

Double-sided fixed touchscreen – There’s only one example of this form factor. The ASUS TaiChi 31 and 21 offer a double-sided screen. The inner screen is a standard non-touchscreen and the outer screen comes into action as a touchscreen when the lid is closed.