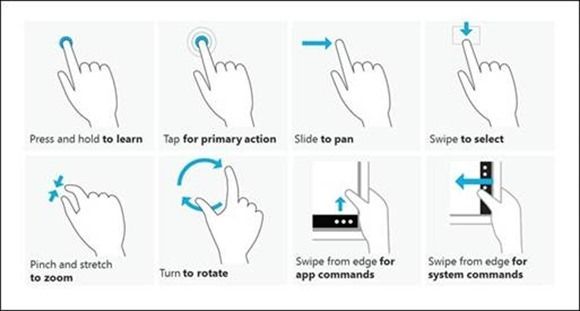 The article-set guides the developer through the Windows Presentation Foundation (WPF) which provides support for common touch gestures, user interface design, power efficiency (see below) and three articles on the use of sensors. There’s an accompanying source code pack too.

On power-efficiency, don’t forget that it includes being able to run with lower CPU requirements which also widens the scope of your app beyond just Ultrabooks. I would also encourage readers to look into Connected Standby for Windows 8 (non-desktop apps) as that will become more important in 2013.

All the information you need to get started with sensors, touch and Ultrabook development for the Windows 8 platform is here. Don’t forget our Intel-sponsored series on the Ultimate Coder Ultrabook Challenge too where 6 teams wrote a lot about touch, sensors and Windows 8, some of it in the desktop environment.

Also in this series – Designing Apps for Touch on Ultrabooks