There’s been a rush of news on the ASUS Vivo Tab Smart this week. It’s the 10 inch low-cost Windows 8 tablet on Intel Clovertrail. It might be new to the tech-journalists at CES but it’s been out for a while already so I’m going  to point you to a couple of videos from Mobilegeeks who have already unboxed itâ€¦ 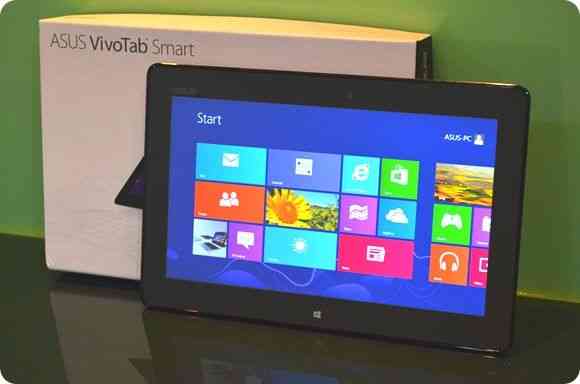 It’s on pre-order in the USA for $499 and it’s available in Europe for 499 Euros. An LTE version is available there for 599. At 580gm it’s pretty lightweight and you’ll notice that there isn’t a docking keyboard with this one. ASUS have chosen to offer a Bluetooth keyboard. The TranSleeve which you can see in the second video, covers the screen and is foldable to make a stand. It looks a little awkward.