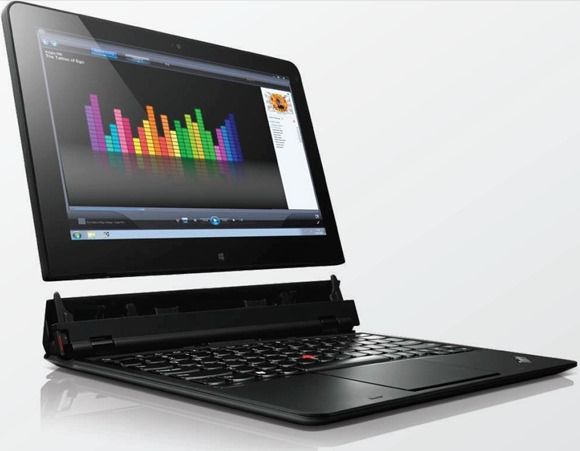 The Lenovo Helix hybrid Ultrabook/Tablet has generated more interest than any other product we’ve covered here and naturally many people are waiting for availability and final pricing. In Japan today, Lenovo announced that the Thinkpad Helix is now available for pre-order and delivery towards the end of April so it shouldn’t take long to filter through to other countries.

Pre-order looks like it’s for business customers only. Starting price for a Core i5-3427U / 4GB/ 128GB is ¥ 168 000 with fully specified Core i7 models going up to ¥ 235 000. All pre-order models have the 11.6” Full HD screen, VPro and Windows 8 Pro. As for consumer-level non VPro models, there’s no information from Lenovo at present although the following models have already been spotted in online stores:

Most online retailers in Europe are quoting 1-2 weeks until availability.

As for the USA, Lenovo had previously announced a $1499 model for April. Various models are showing at retailers. E.g.

The Lenovo Helix will be one of the first Core tablets to use configurable TDP where downclocking and Turbo Boost restrictions are used to keep the tablet cooler and running for longer when undocked. Full power is only achieved when docked in the special fan-equipped docking station.

All specifications and videos are in our information page here. Click through for images and newslinks too.