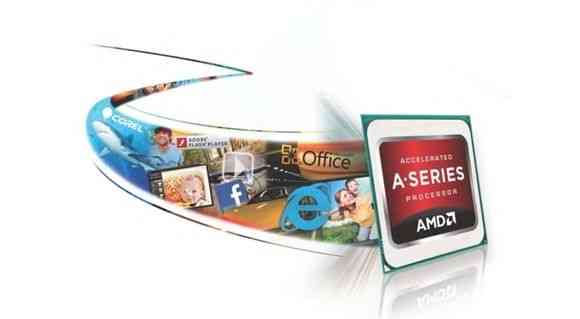 I’ve been testing the Acer Aspire V5 122P, a subnotebook based on the new AMD Temash platform. As part of my testing I’ve been doing some CPU and GPU-specific tests that will give people and idea of the processing power and efficiency of the A6-1450 platform. You are invited to request a test if you feel it will add something to the assessment.

Heat / Noise of the system will be addresses in the product review. No comment or summary is being made here. This post is just for test results. Problems of achieving a constant 1.39Ghz clock will be addressed in the Acer Aspire V5 122P review.

IMPORTANT NOTE: A background process is continuously taking 2-10% while these tests (System process, average 7%.) When assessing CPU performance the figures should be considered as 0.93 X total maximum possible.

Comparisons in brackets are always against the average of three Passmark scores for the Core i3 2377M.) Overall score (includes disk testing) 741

Without specialised test equipment it is difficult to do this in a controlled way but by using Perfmon to show the battery power drain figures and running a pure CPU test in quiescent and test state and by noting the % CPU load used by the test process, a rough figure can be calculated. Some DC-DC losses must be factored into the equation but these are estimated at <10%. Update: There may be memory/bus usage during these tests. 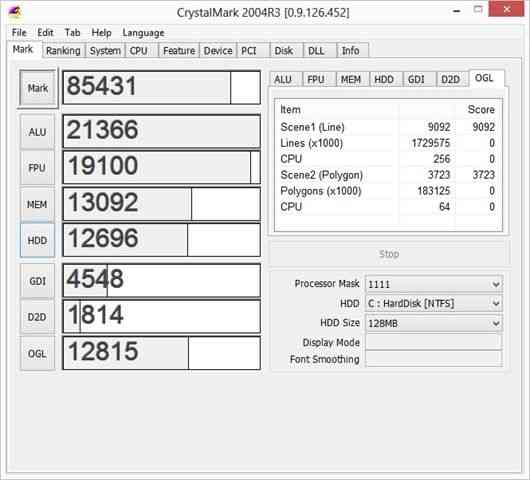 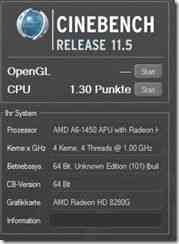 Again, note that these scores are with an average 7% CPU being taken by a ‘System’ processing the background. Done under battery power, high performance mode. CPU is at 1.39Ghz during the tests.

Power figures assume all additional power drain is due to additional CPU load. Difference in core/Ghz power usage is high between the two tests but fan overhead and GPU rendering work must be taken into account. This could be a significant part of the power drain.

Notes: Enabling ‘OPenCL acceleration’ in PowerDirector 11 as well as the default hardware acceleration resulted in no difference in rendering time.

As with previous AMD APUs it seems that the CUDA acceleration isn’t that strong.

Performance is on-par with Intel Clovertrail. 720p editing possible with an SSD-based Temash system in our opinion. (PowerDirector 11 is a mid-range video editor that supports many forms of hardware acceleration)

I’ve chosen this demo as it’s the one I use for Ultrabook testing and I’m glad I did because it’s just beat a Lenovo X1 Carbon X1 in optimised settings. In default settings it lies somewhere between the HD3000 and HD4000 performance results we’ve seen to date which is more than the 3D benchmarks would suggest. 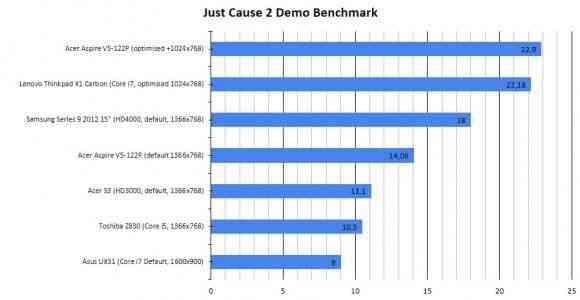 If this was ifixit you’d probably being seeing a score of 8 or more because there are a lot of serviceable parts inside. Even the heatsink is easy take off. You’ll see a close-up of the AMD A6-1450 below. A world exclusive of course ;-) Click for larger images. 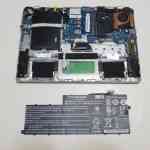 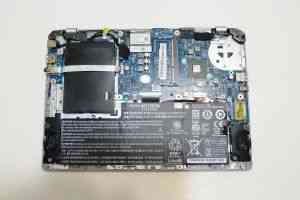 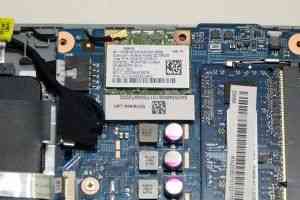 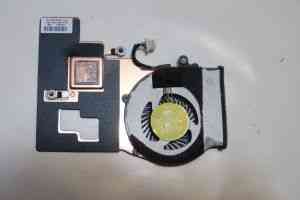 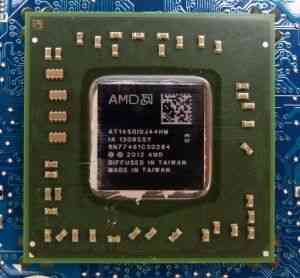 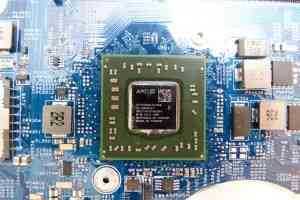 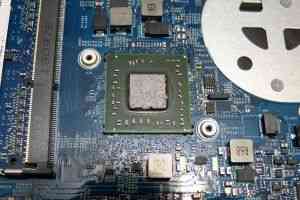 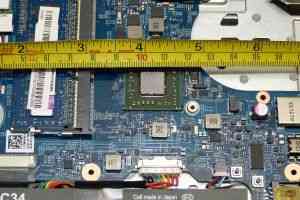 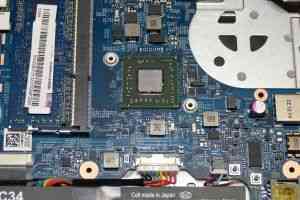 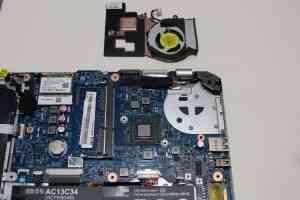 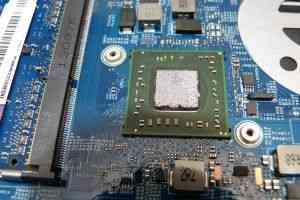