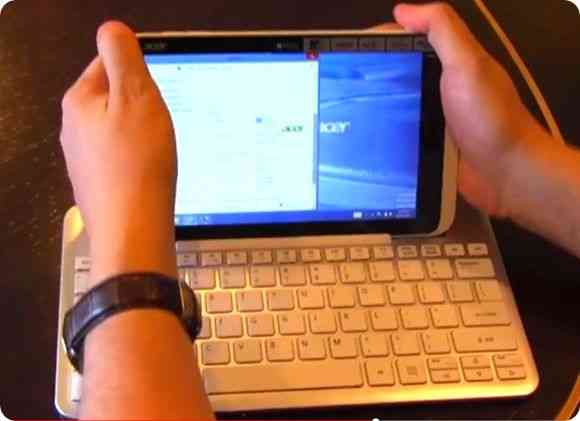 The locals out in Taipei got early hands-on with the Acer Iconia W3 and the video is available below. You’ll see the Bluetooth keyboard and tablet ‘dock’ demonstrated along with Windows desktop and a look around the ports. Pricing in Europe is said to be â‚¬329 for the 32GB version and â‚¬379 for a 64GB version. We assume the keyboard is not included but can’t imagine it will cost too much extra as it’s only a Bluetooth accessory. Update: The keyboard costs 69 Euro.