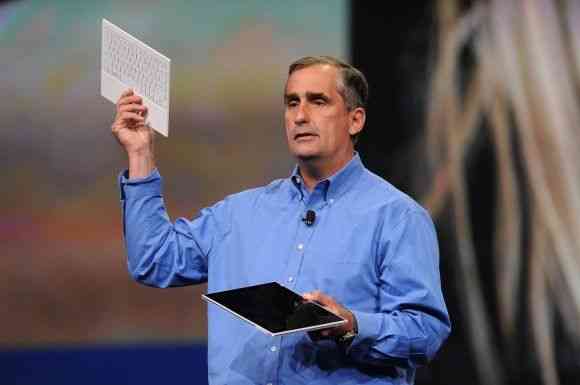 Our very own Chippy as at the IDF 2013 keynote right now, he’s updating with live info here.

The company says that Bay Trail is based on ‘Silvermont’ microarchitecture, which has enabled Intel to deliver several variants of Bay Trail which will be marketed in several categories. Here’s a breakdown:

Intel says that Atom Z3000 offers three times the graphics capabilities of previous Atom processors, along with support for DX11. Displays up to 2560×1600 are supported, along with Intel Quick Sync Video, and WiDi.

Atom Z3000 supports both Windows 8 and Android. Intel says that the processor is aimed at Windows and Android devices from 7 to 11.6 inches, and as thin as 8mm, with up to 10 hours of battery life.

Intel says that these SKUs can support low-cost touch-enabled laptops, with fanless designs, as thin as 11mm, at 2.2 pounds and up to 8 hours of battery life.

The processors are up to two times faster in productivity applications and up to three times faster in graphics over the last generation of these processors. Intel expects costs to start at $199 for laptops, $250 for a touch laptop, and $349 for 2 in 1 devices.

Keep your eye on Chippy’s Google Plus and Twitter for more directly from IDF 2013!