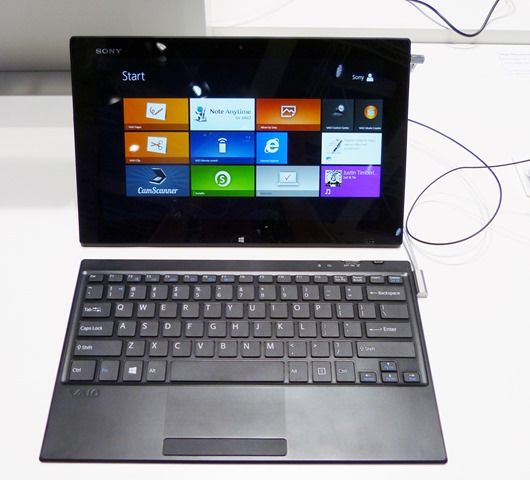 The Sony Vaio Tap 11 is, in my opinion, setting the engineering benchmark for Core-based Tablets for 2013 and most of 2014. It’s 9.9mm thick and weighs 780gm. If it was running Atom, it wouldn’t be anything new but a 1.5Ghz Core CPU is a different matter.  It’s such a step forward that I wasn’t sure whether to report this on UMPCPortal or Ultrabooknews.

I took the chance to dig into the device manager at IFA today, took some pics and put together a video for you.

Firstly, lets talk abut the keyboard which is RF-driven (not BT) and has an internal battery that charges from the main unit when ‘closed. The keys have extremely short throw but would be OK for a mini report, long email or a long session of social updates. The mousepad is rather basic. It fits nicely as a cover but isn’t that stable. You’ll see me slipt the cover off by accident in the video.

The main unit houses a 30Wh battery which, in my estimate, is going to be good for 4hrs of ‘work.’ I’m not sure what the marketing people are quoting but it’s not that important. 5-6hrs of offline video playback should be expected. There’s no indication that this is a Connected Standby-capable device at the moment and I see that there’s an Intel NGFF format N-7260 Wifi card inside. Usually, the CS capable ‘Ultrabooks’ have a Broadcom chip. Let’s hope Intel have got Centrino and CS working together though. 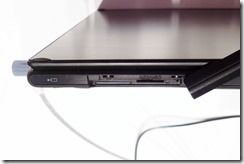 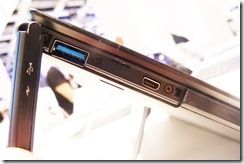 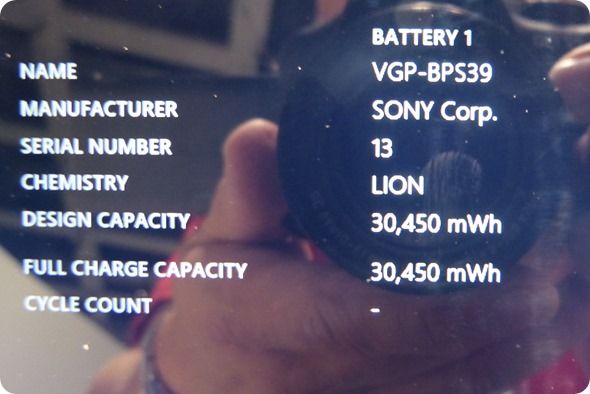