Back in June Fujitsu announced the LIFEBOOK UH90 with its high resolution screen for Japan and now the U904, its international equivalent along with the T904 has been announced for other parts of the world. 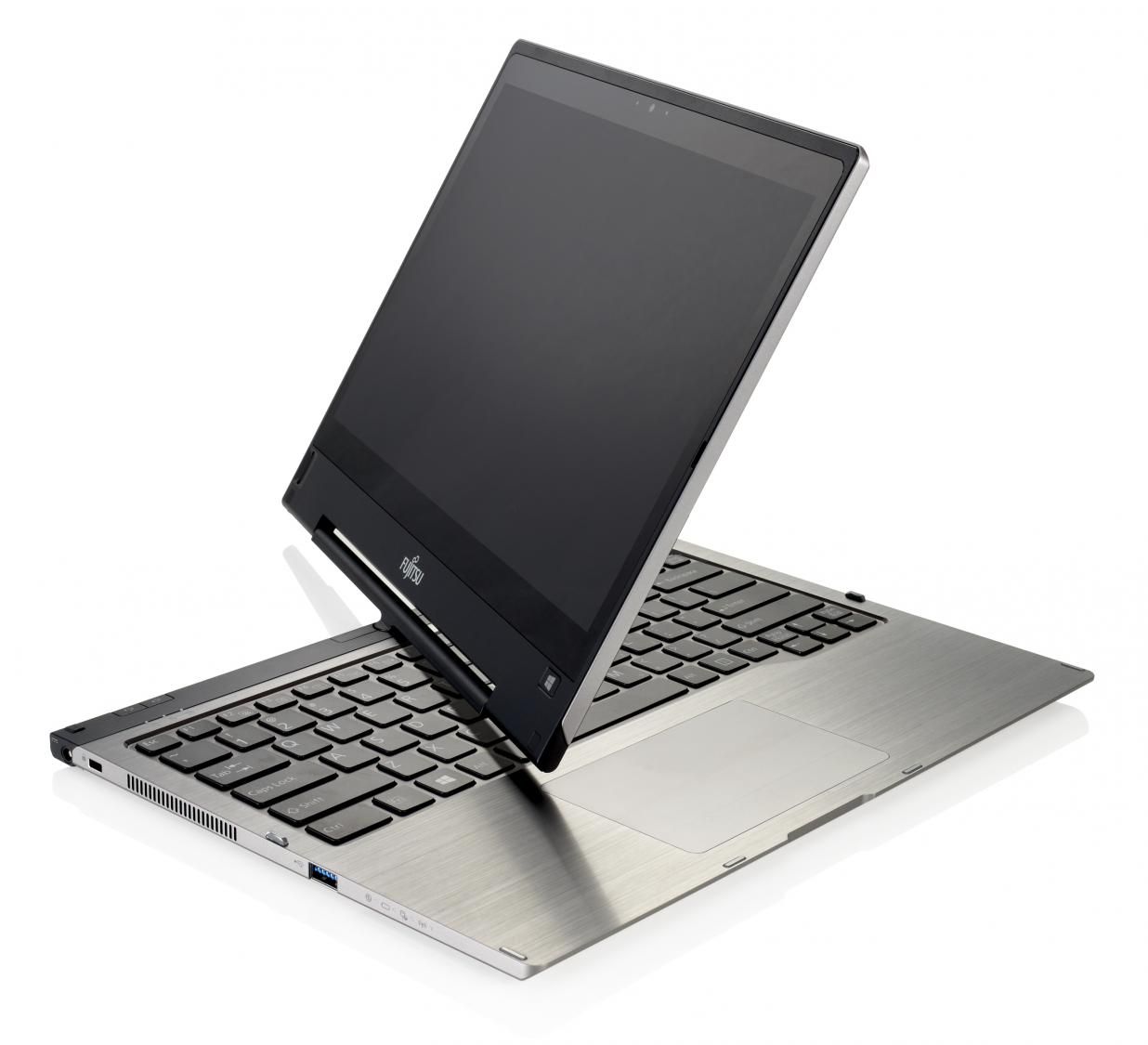 The specs of the LIFEBOOK U904 seem identical to the UH90, with the same high resolution 3,200 x 1,800 14 inch IGZO screen, 15.5 mm thickness. Available as an option now is 3G/4G LTE connectivity and a port replicator. OS options range from Windows 7 Professional 64-bit to Windows 8.1 Pro 64-bit. CPU choice ranges from Core i5-4200U to Core i7-4600U with optional vPro and Intel HD Graphics 4400. RAM maxes out at 10GB and storage ranges from hybrid HDD/SSD drives up to 512GB SSD. Intel Dual Band Wifi N 7260 a/b/g/n with integrated Bluetooth is also available.

Ports include 2x USB 3.0, HDMI, Ethernet, port replicator connector and an SD card slot. Battery life is quoted as up to 10 hours and the PC weighs in at 1.39kg (3.0 pounds).

The T904 is a traditional Fujitsu convertible design with a swivel hinge that allows the screen to be rotated then laid flat on the keyboard to transform into a tablet. This time the screen is a slightly smaller 13.3 inches but also has a high resolution IGZO touchscreen at 2560×1440 with a digitizer layer. OS and CPU options are the same as the U904 but the maximum RAM available here is 8GB. Ports are also the same apart from the addition of VGA and a Smartcard slot on the T904.

No storage configurations are listed but they shouldn’t stray too far from the U904 options. The T904 will vary in thickness from 17.1mm to 19.3mm and has a quoted battery runtime of 8.5 hours.

The LIFEBOOK U904 should be available from the middle of October while the T904 will be available in January 2014. Pricing however, was not announced.