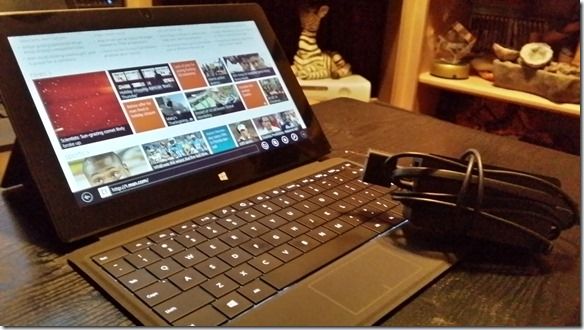 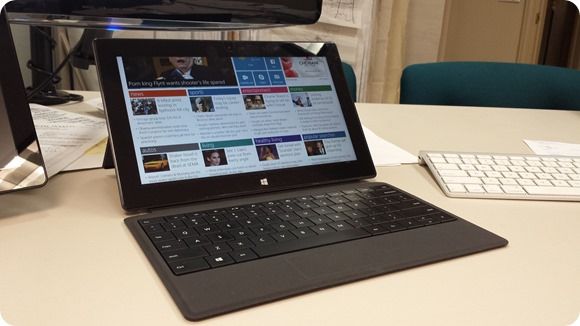 Fast forward about a year later and Microsoft has introduced the Surface Pro 2 with Haswell. Not only will you be getting better battery life in general, in some cases I have been getting up to 9 hours of battery life using “Power Saver” setting. Using the “Power Saver” setting does not impact the performance while using Word, Excel as long as it is not a heavy crunching sheet, web browsing runs smooth and any videos you watch and all your Microsoft store apps that you have loaded on the Surface Pro 2.

After about a month using the Surface Pro 2 on the road and at meetings I can safely leave the power supply behind without the worry that I will run out of battery power. This is big, as I no longer have worry about looking for outlets just in case I will run out of battery power. Yes, you won’t be doing video editing without draining the battery but for the most part, if you are using the Surface Pro 2 for Office work, the “Power Saver” setting will be just fine and as a result it gives great battery life. This brings it in par with some of the Atom Clover Trail tablets in battery life, but with the important ability to use the Surface Pro 2 as a desktop replacement with power hungry applications. 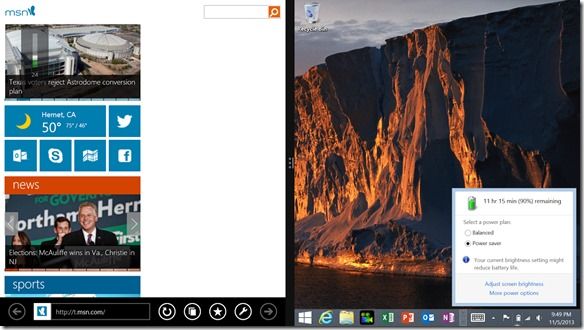 As you can see under “Power Saver” mode under the power profile, it is reporting just a bit over 11 hours. A few times I have used the Surface Pro 2 for about a good 11 hours, with on and off use during this time.

Battery life estimates from the battery report from Windows 8.1 that gives you an idea what your battery life really is. It ranges from just under 6 hours to over 9 hours!

The Surface Pro 2 is a great tablet that also becomes a portable Ultrabook with the Type cover 2 keyboard with back-lit keys. Some have reviewed the Surface Pro 2 and are comparing battery life to other slim tablets that are running either Clover Trail or Bay Trail but this is a fully-capable desktop/tablet that turns in some very impressive real-world battery life.

Hector is active on Twitter and has a YouTube channel where he posts his Surface Pro 2 demos here. Thanks Hector, for your input.