At a pre-MWC event yesterday evening I got a look at the updated HP Elitepad 1000 G2. It’s now running Baytrail-T (Z3795), comes with a 64-Bit version of Windows and has 4GB of RAM. There’s also, as before, a great selection of sleeves and a dock that now includes USB3.0

Starting at about 650 Euros (I must assume pre-tax as this is a business-focused device) it has the FullHD screen and 4GB of RAM and the Z3795 that turbo boosts to 2.4Ghz under Turbo which is a real advantage over the Z3740 devices that only boost to 1.8Ghz.

Design, weight and comfort on the Elitepad 1000 G2 are good and there’s a 30Wh battery inside but it’s when you get to the additional sleeves that you see where HP are going with this. The rugged keyboard sleeve was my favorite as it really would provide protection as well as a usable keyboard and some additional ports. You’ll see them in the video below.

There’s an Atmel-based digitizer layer and pen but I didn’t get much change to test that. It seems to register only very close to the screen so palm rejection might not be as good as, say, the Wacom solution on the ASUS Vivotab Note 8. 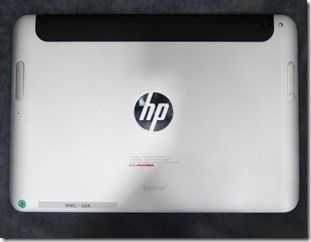 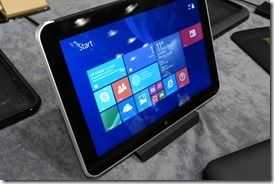 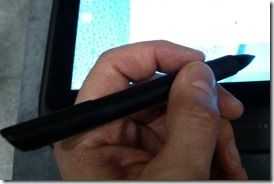 More pics in the UMPCPortal gallery.