In an event at MWC14 Microsoft gave some details about changes coming in a Windows 8.1 update “later this Spring.” 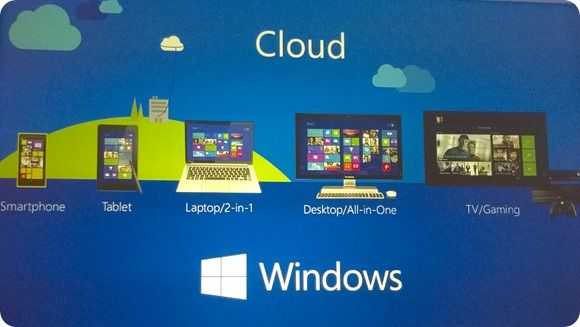 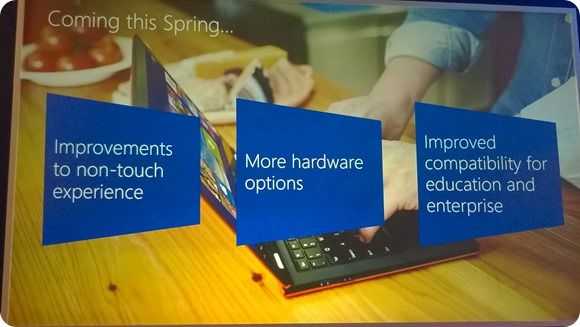 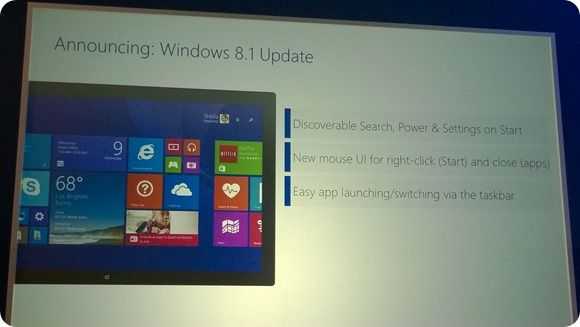 RT will get the same update.

3 – Improved compatibility for education and enterprise. 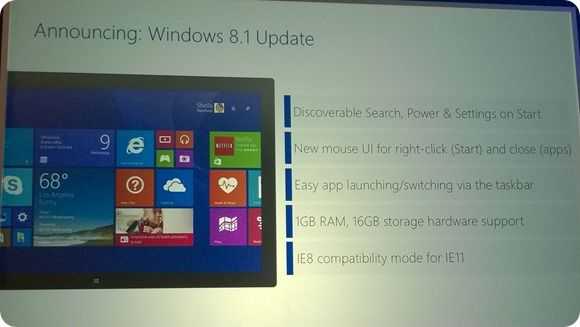 In addition to about 10 minutes of information given on the above, Windows 8 statistics were shown… 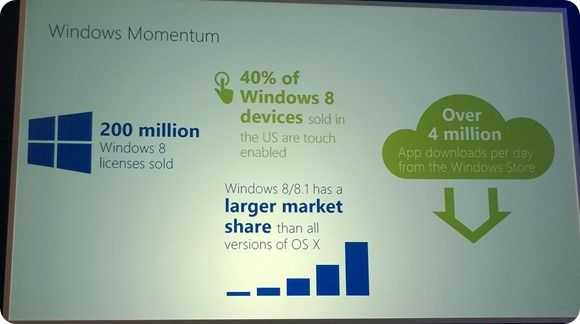 40% of Windows 8 devices sold in the US are touch-enabled.