Five Baytrail Tablets in the Sun. One Winner.

The sun is shining so it’s time to take a bunch of Windows 8.1 tablets and do some sunlight readability testing. This is an operation where I lay all the tablets in the sun, choose the best one, make a cup of tea and enjoy some reading and Vitamin-D intake. It’s a tough test.

Sunlight readability on LCD panels is generally shockingly poor. I’ve seen a few laptops that have a small amount of transflectivity but in general, the technology is not good for sunlight reading. Go for an AMOLED large-screen smartphone if you really want to get some reading done outdoors. Better still, an e-ink based reader.

Having said all that there’s a Windows 8.1 tablet here that does a surprisingly good job.

The Lenovo Miix 2 10 is terrible. Way too much grey and not enough backlight. The ASUS Transformer Book T100 isn’t far behind.  The 8-inch tablets do better but the ASUS Vivotab Note 8 is the worst of the three shown here. The two stand-out devices are the Toshiba Encore WT8 and the Dell Venue 8 Pro.

It’s difficult to relay the differences via relatively low dynamic-range photographs but the images below give a good representation of what my eyes see. 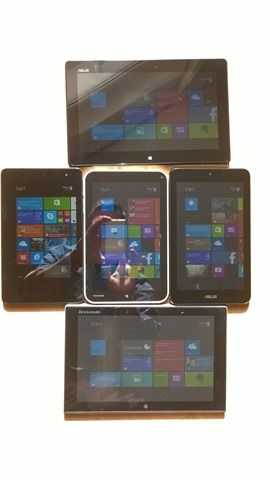 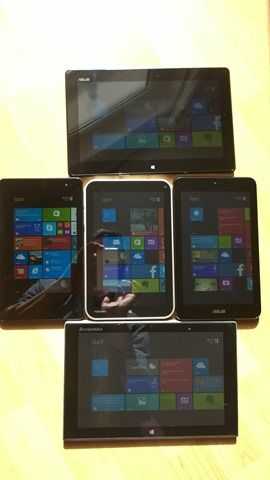 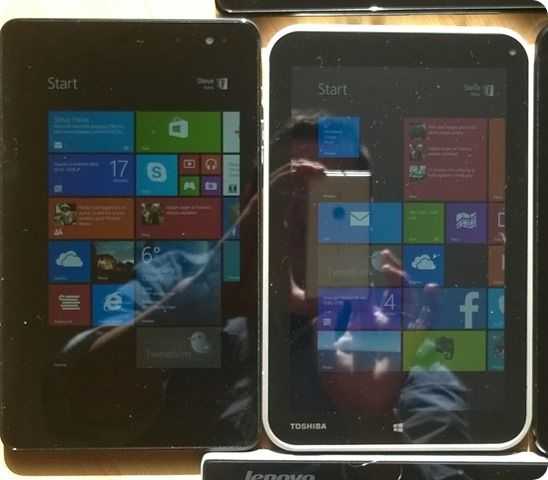 It’s the contrast that really impresses me on the Dell Venue 8 Pro. You can hardly make out the frame. Black is Black. The WT8 frame highlights the grey level of the black background.

In a comparison with the Nokia Lumia 925 which has an AMOLED screen the Dell Venue 8 Pro shows that it really can work as an outdoor tablet. The two images show bright light and sunlight representations. 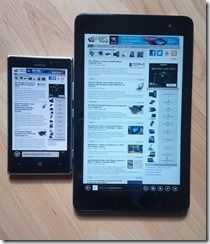 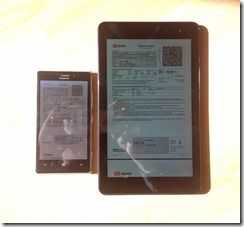 The Dell Venue 8 Pro is the easiest to handle, has a good rubberised non-slip back, is less fingerprint-prone and now that we know if has the brightest screen here, is a clear winner for outdoor use.

What about the others? The Lenovo Miix 2 8 is probably not going to compete (I’ll test later this week and update this article) but I’d really like to test the Acer W4 because in a hands-on at MWC this week I was really impressed at the screen brightness. The other device I want to test is the Lenovo Thinkpad 8. That screen is also likely to be good and also has a protective layer that rejects fingerprints. If you’ve ever compared the screen on the Dell Venue Pro 8  next to the Lenovo Thinkpad 8, let us know.

Adaptive screen brightness was turned off for this test.