I was working at CeBIT with Mobilegeeks on their Techlounge product last week. If you haven’t heard of them it’s because they’re big in German but not so big in English. I’ll explain more in another post but it meant that my focus was on creating videos (with the talented German, Rob Vegas) that would fill-in between the live sessions. In all we created around 25 videos in German and English and it was interesting to take a look at stuff I don’t normally look at. Curved monitors, for example. More interesting for me though were five Core M-based products that tell me one thing – Core M will move into the low-cost market.

Core M is built for low-cost. Its small die means, when yields are good enough, it’s cheap to produce but initial products, as always, tend to be a little more costly. Did you take a look at that Macbook yet? More mainstream are the Acer Switch 12 (reviewed here) and the UX305 which, at $699-$799 represent good value 2014-era Ultrabook performance without fans. But prices will drop further…

The first product likely to hit the market, or at least the one that looks closest to market so far, is the one that looks very much like the Ainol Novo Cube i7 that I haven’t reported on yet.  The Trekstore Core M 2 in 1 is known as the Wintron 11.6 3G but that’s likely to change. 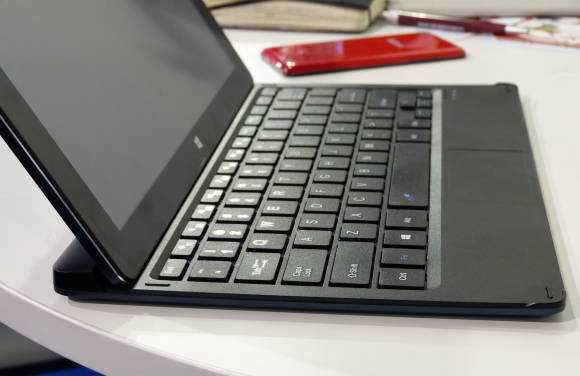 What can I tell you about it, and the matching Ainol Novo Cube i7? The build is really nice. There are sturdy metals and a good fit and finish. I mentioned a 499 Euro price but after reflecting on what Trekstor said to me (Trekstor wouldn’t commit to a price but suggested a range to me) I’m expecting  a Euro 599 launch with a basic 4GB RAM and 128GB SSD. It’s possible that 3G will come within that price too. That would make it the cheapest Core M product on the market in Germany/Europe, alongside the Lenovo Yoga 3 11 which is also available for pre-purchase at 599 Euro.

The second two devices look to me to be aiming for an even cheaper price. P N Devices , an OED/OEM (original equipment designer/manufacturer) out of China, already manufactures the TrekStor SurfTab Wintron 8.0 which is being sold for 129 Euro in Germany so it was a surprise that Trekstor has two other Core M tablets on offer. One has a case-cover keyboard which is, in my opinion, a sign of trying to push the prices down, and the other has a 360-degree rotating screen. Both look good enough to be picked up for the western markets as low-cost devices. For these products we could be talking about a 499 Euro (post tax) price point which would equate to roughly the same (pre tax) in dollars. 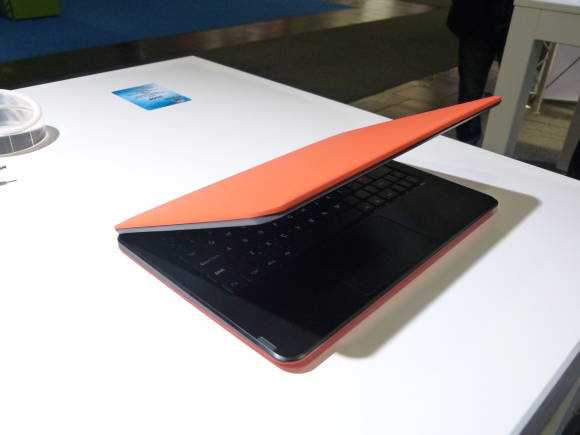 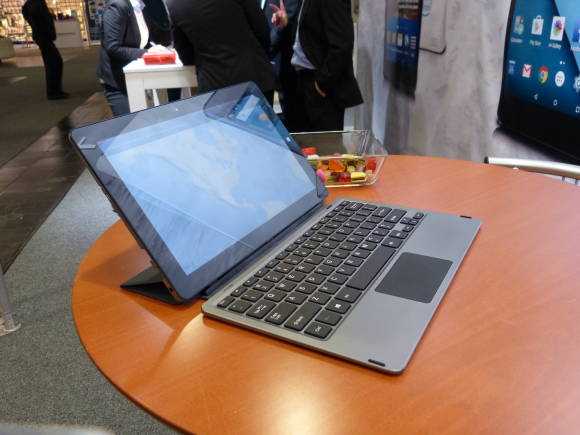 The 11.6-inch Core M detachable – 116M – is also nicely built although I had some feedback to give to the P N Devices team as I saw the keyboard balancing on a stiff cloth hinge. That bounce needs to go. The screen stand is a little wobbly too. There’s a good choice of ports, including USB 3.0 and optional SIM card slot. Full HD screen. The screen looked acceptable .

The P N Devices 360M is a Core M version of the 360F which has Baytrail inside! Given that P N Devices are aiming for a super cheap price with the Baytrail version it’s only a matter of price difference in the processors that needs to be taken into account and about $150 should cover that initially with prices falling quickly after the summer in my opinion. The screen wasn’t as good as I would have liked to see but the keyboard felt good and there’s potential for a good set of ports. Build quality was OK. As far as pricing, P N Devices gave us information that hinted again at 499 Euros Of course final prices depend on what the market will bear but with tier-1 brands coming in at $599, second-tier brands will have to go lower.

Pipo Devices came to CeBIT with two OED Core M offerings and one of them was the first 10-inch product based on Core M that could be hitting the market. But first, the Pipo W9, an 11.6-inch 2-in-1.

Nice keyboard, good build quality, a nice set of ports. From the outside this looks really nice but it’s a bit heavy at 1.6-1.7 KG (3.75 pounds.) It sounded like Pipo already have a customer for it as they say it’s going into production soon but maybe that’s just a test run they’re talking about. If Pipo haven’t found a customer yet you can expect it to take at least 3 months to reach any western markets. The same timescales would apply to all the devices here unless the OEM has already started working through details with customers. 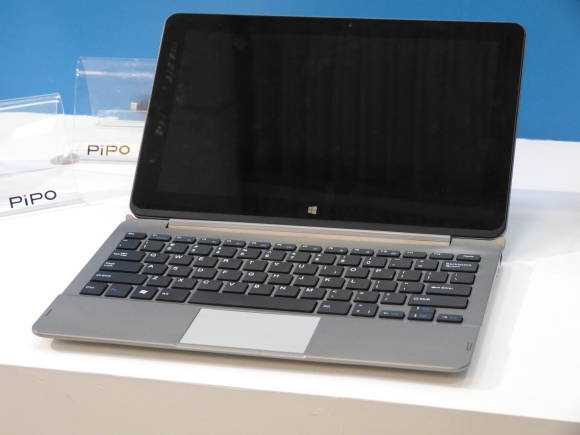 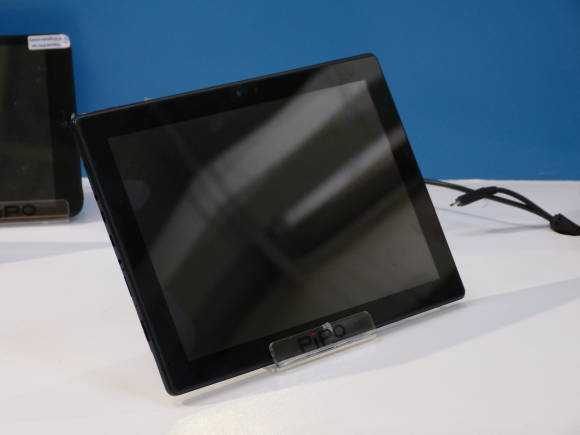 After videoing the Pipo W9 a representative of the company stepped forward to offer me a look at a new 10-inch Core M device. The Pipo W8 is being considered as a lightweight alternative with a case cover and a ‘retina’ (I hate that expression – everything becomes ‘retina’ if you move it far enough away from the eyes) display. This product is in an early stage but I like the idea, especially if Pipo can squeeze in a 3G/4G module and a big enough battery without it being too dense.

Take a look at the Pipo W8 and W9 below.

Keep a look-out for these devices popping up under local brands soon and enjoy some good competition in the Core M market, from 499 Euro to over 1500 Euro! Cough!, Macbook, Cough!

And quickly, on that subject (USB-C of course) I was speaking to some Chinese cable manufacturers at CeBIT that told me that a $19 USB-C to video converter is possible today, but that early market prices might be higher. Thanks Apple!