Did you know that Intel makes own-brand tablets, laptops and 2-in-1s? I’ve had a couple and they’re pretty good. The latest is built on the next-generation Core platform codenamed Skylake which is due in late 2015.  Nicole Scott from Mobilegeeks got a close look at the prototype at Intel’s developer conference in Shenzen and I’ve just taken a look at a PDF presentation describing what’s inside. It’s inspirational, and that’s the idea because these products aren’t targeted at consumers, they are early showcases that are meant to stimulate product designers and software developers into creating the next-generation PCs that you and I might want to buy in 2016.  Read-on to find about E-ink, WiGig, USB-C, wireless charging and other new technologies that you’ll find inside the Skylake reference design and might find in your next 2 in 1 tablet. 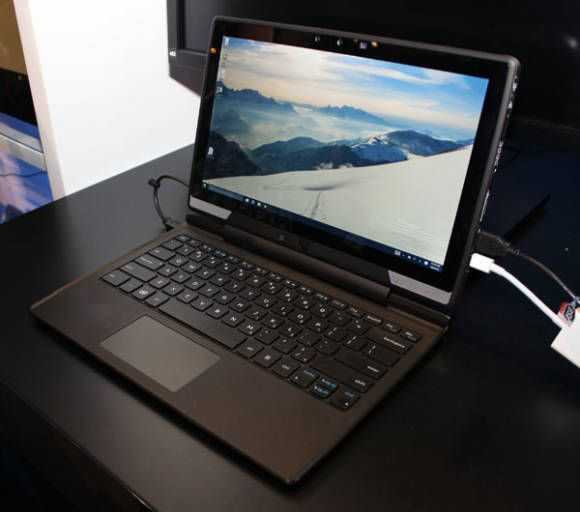 Intel Skylake 2 in 1. (Via Notebookitalia)

Skylake, the next generation Intel Core platform, has been teased a few times and it has usually been in conjunction with Intel’s ‘no wires’ marketing and 2-in-1 designs. I expect the platform to form part of a new Core M range (probably before any other laptop or desktop versions) and for it to be a big step forward in both processing capability and features. WiGig is coming of age as is USB-C but there are other technologies like wireless power, NFC and RealSense that Intel want to push. In a presentation at IDF 15 last week Intel even highlighted E-Ink secondary screens. 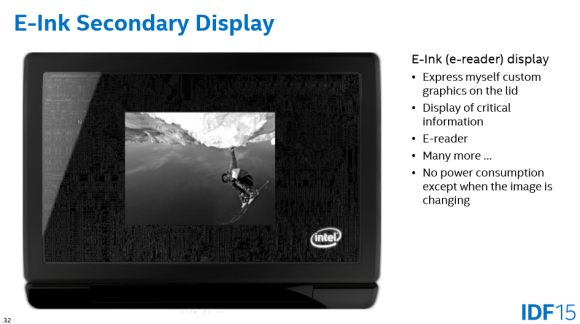 E-ink secondary screen on a tablet.

You’ll see it demonstrated in the video below but before you take a look at that, look at some of the details that Intel presented to attendees at IDF. The presentation PDF (available here but you might have to go through the session catalog here first) is titled “Integration of New Technologies for 2 in 1 Detachable Systems” and although it doesn’t directly reference Skylake, it’s clear that Intel are talking about next generation high-end architecture in the presentation. 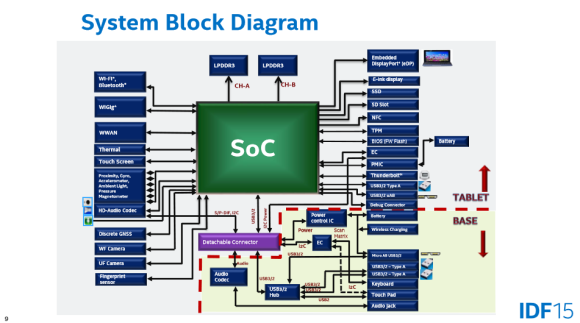 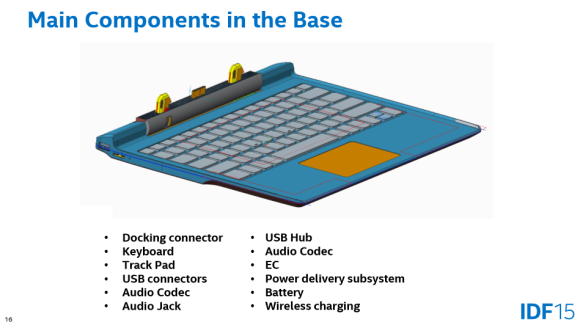 Note wireless charging in base.

Intel sees USB-C playing a big part in docking connectors for tablet and keyboards. In theory this could lead to some level of standardization. You might be able to plug a wireless charging keyboard into a tablet with a small USB-C cable, for example. 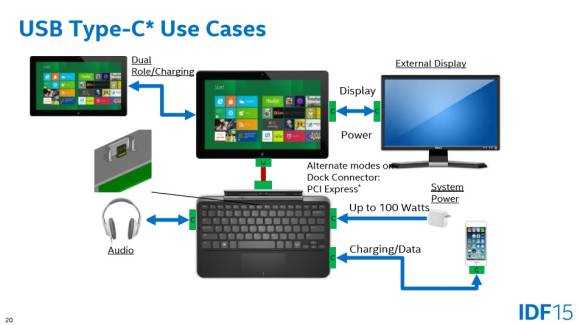 USB Type C can be used for docking keyboards to tablets. 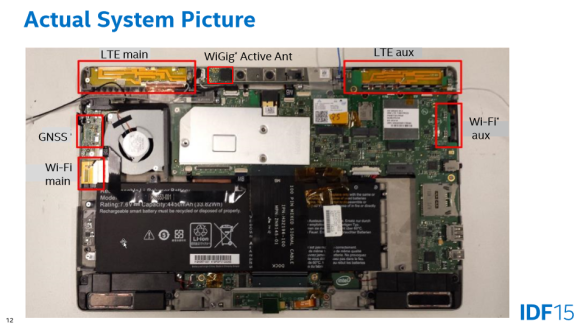 This ‘showcase’ doesn’t look as tidy as the new Macbook does on the inside but then the new Macbook doesn’t have RealSense, WiGig, GPS and (given that there’s a fan) a laptop-class processor in a dockable tablet design. Finally, there’s the wireless charging and WiGi to consider… 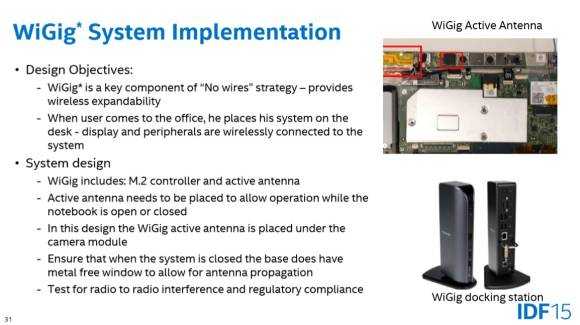 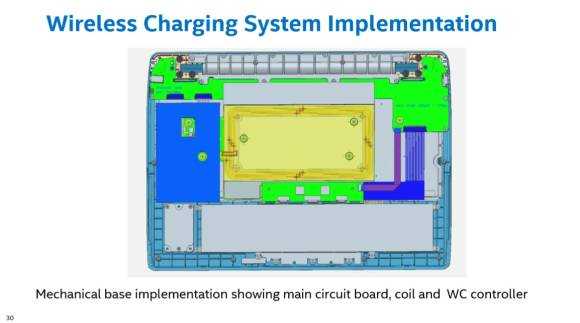 Wireless charging on a 2-in-1.

Nicole Scott from Mobilegeeks got to take a look at the real thing at IDF 15 in Shenzen. Take a look at the video below and read Nicole’s article here. Let us know what you think of these new technologies in the comments below. Which of the features do you want first and how much are you prepared to pay?