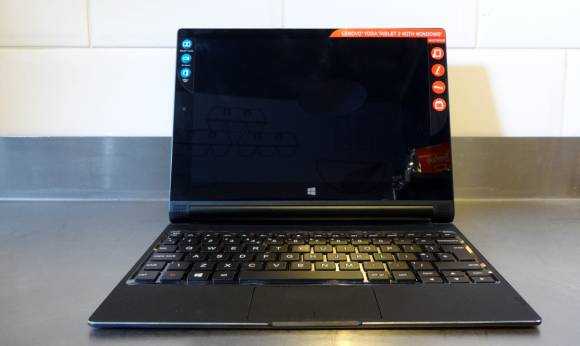 I have been looking for a lightweight but portable and productive tablet for nearly 6 months. I have been testing various different tablets from a range of manufacturers including Microsoft’s Surface Pro 3 and Google’s Nexus 9 as you can probably tell from the above machine choices I am not scared to dabble in either Windows 8 or Android as they both have their benefits and both have their weakness’s respectively. The most important thing for me really is that I can type at a reasonable speed on the keyboard and that the battery life is going to get me through a work day. The Surface Pro 3 is an awesome machine no doubt but i found that when I was using it intensively for posting articles I was struggling through the day and by about 2pm I was having to go hunting for a power source. The Nexus 9 on the other hand was great for it portability and it would last the whole day on battery but the keyboard they offered with it was a hateful experience for any one with hands bigger than a 10-year-old girl. Another thing that I need is a back-lit keyboard and I am now discovering that this is something that I need to push down my list of requirements for potential devices. This is annoying as I have to do a lot of my writing in dark environments be it in a press event under dimmed lights or in my living room while me and the wife are watching TV. 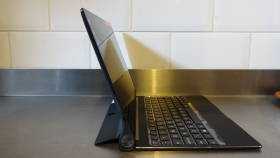 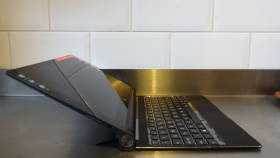 I had been keeping an eye on the Yoga Tablet 2 10″ Windows version and after watching several reviews on-line and having a brief play with one at Mobile World Congress, I decided I would take the plunge.

Here we have the Lenovo Yoga tablet 2 10″ Windows, the specs are below

I gave the Yoga Tablet 2 a quick unboxing as soon as I wrestled it off the courier – the device was bought from Amazon UK for £299.99 including Prime delivery.

Here is the unboxing video.

I really like the feel of this tablet-come-mini-laptop. It feels great in the hand and is so light that I can use it comfortably for a decent amount of time without it becoming a burden. This is due to the large cylindrical hinge on the side which houses that massive battery. Since I unboxed it yesterday I have been using it lightly for web browsing, email, some light YouTube streaming and to write this article and I am still to charge it. 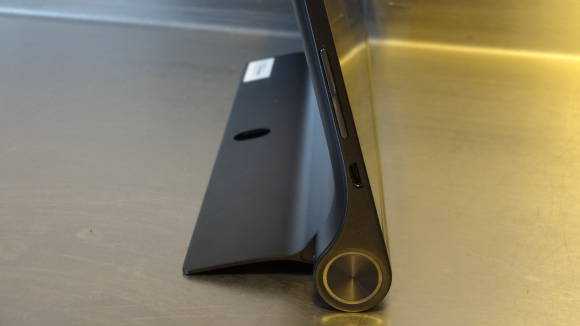 35.5 Wh battery is impressive for this tablet weight.

The Bluetooth keyboard that comes in the box is a real surprise as I feared it was going to be a horrible experience to type on. It is truly very pleasant as far as a small keyboard goes. Admittedly there have been some compromises made in order to get it down to the 10.1 form factor that the tablet adopts but it has good travel on the keys and it doesn’t flex too much. While it will take some time to adapt to typing on a small board like this you will up and running very quickly. Well done Lenovo. 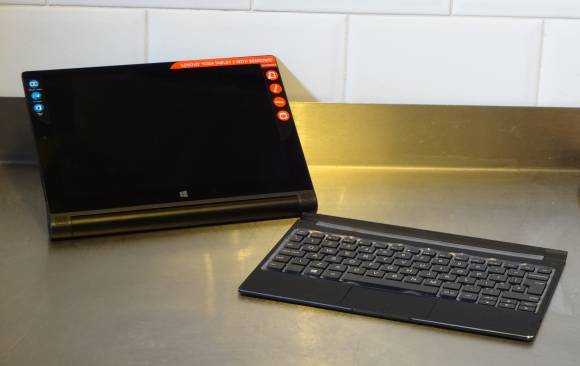 Unfortunately the same can not be said of the trackpad as it is not a nice experience at all. Lenovo have done several things wrong here. Firstly they have covered the surface of it in a leather effect which makes it hard to distinguish the trackpad from the surrounding area. It also very tricky to use given its proximity to the edge of the keyboard. Fortunately the touchscreen is awesome so you shouldn’t need to rely on the trackpad all the time. The last bugbear I have about the keyboard cover is the front where the chrome strip is very sharp. After using for an extended period of time my palm even felt sore. I am hoping that this is just a manufacturing issue and that it doesn’t affect all the units out there. 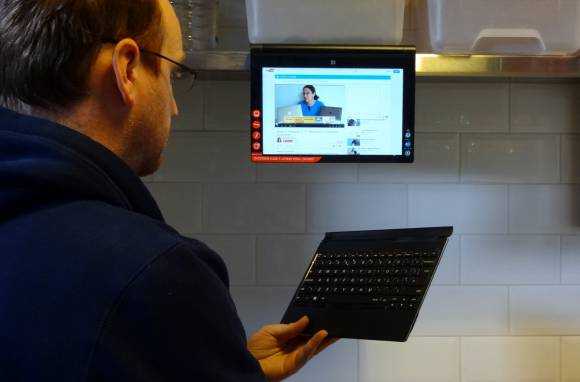 Overall I am very happy with the device and I will be putting it through its paces more in the course of the next few days. Keep it here for more on this little pocket rocket. 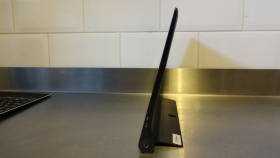 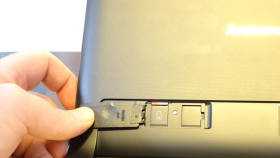 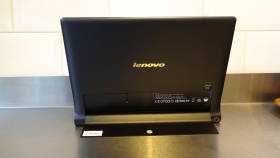 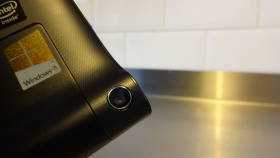 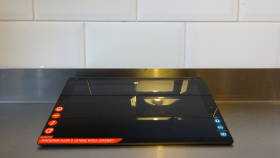 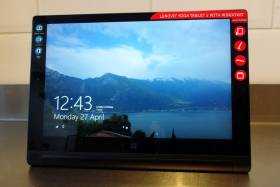