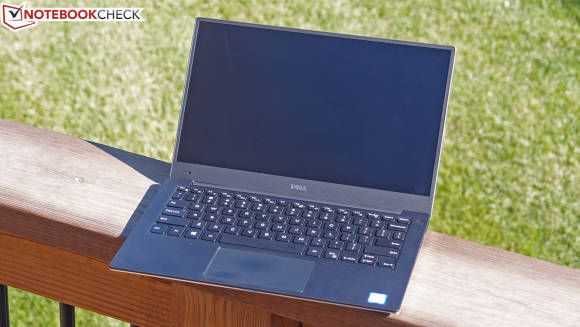 The QHD screen isn’t the brightest. The keyboard isn’t full-size. There’s no native digital video output either so you’ll need a Thunderbolt adaptor. You might wonder why anyone would be so attracted to the Dell XPS 13 given these issues but after testing the Surface Pro4, UX305LA a Dell Latitude 7559 multimedia system in a video rendering test recently the Dell XPS 13 shows, under the same test, that it’s well-engineered. It doesn’t get hot. It doesn’t get noisy and it doesn’t throttle under 6 minutes of heavy load. The Core i7 Broadwell-based ASUS Zenbook UX305LA might be the better deal but the XPS 13 is the better laptop, at least if you’re mobile.

I’ll be testing the FHD non-touch version next week so I can give you some more detail about the differences then. I should also have the Zenbook UX303 in for a test. This slightly heavier Ultrabook offers a very similar specification to the XPS13 but at a lower price. Watch out for a side-by-side test next week.

Here’s my overview review video and underneath that you’ll find a side-by-side video editing load test with the Surface Pro 3 and the stylish HP Spectre x360 13-inch convertible.