I tested the Acer Aspire Switch 10E last year. It cost about $300 and was quite usable. Today I have a lower-cost version of that in my hand. At $179 it’s the cheapest Windows detachable on the  market and It makes sense that I  do a few usability tests with it while I have it. The Acer Aspire One S1002. 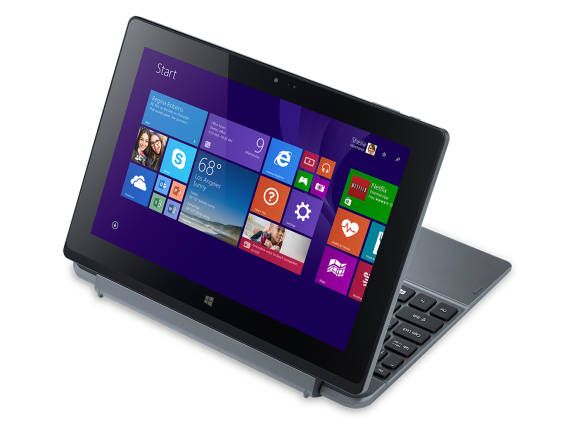 Surprisingly there’s a reasonable build quality here, charging over Micro USB or DC-in and a separate HDMI and Micro SD card port. There’s a full-size USB 2.0 port on the keyboard. The screen is bright with good contrast.

A 32 Wh battery inside will keep you browsing for over 6 hours and if you’re offline you can type for well over that although the keyboard really is netbook-style and needs getting used to.

The best thing is the disk speed. This is one of the fastest eMMCs I’ve seen on this generation of Windows tablets. It’s well-balanced and gives a relatively good set of 4K scores. 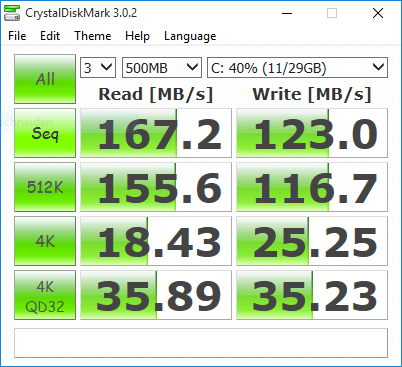 Now to the bad. The Acer One S1002 runs on an ‘old’ Baytrail-T platform and while the CPU on the latest Atom X5s isn’t much faster there’s a new GPU in the new platform that gives a good boost over this generation.

I took a look inside the keyboard case to see If there were any nice surprises. Although there’s a space for a disk there are no electronics for connecting to one You might want to think about stuffing a few hundred grams of something inside there though because the tipping-point of the docked tablet is very tight. I found it tipping back in normal desk-based usage.

What can you do on the $179 Acer One S1002? Well, Office Mobile is installed and you get a free Office 365 year license. Web browsing is faster than on most smartphones and the Sunspider 1.0.2 score of around 500 ms is OK. Working in the back-end of WordPress has been fine.

You’ll get some Windows Store gaming done on the Acer One S1002 but it seems that there’s no accelerometer. At least it didn’t work on my test with Drift Mania. 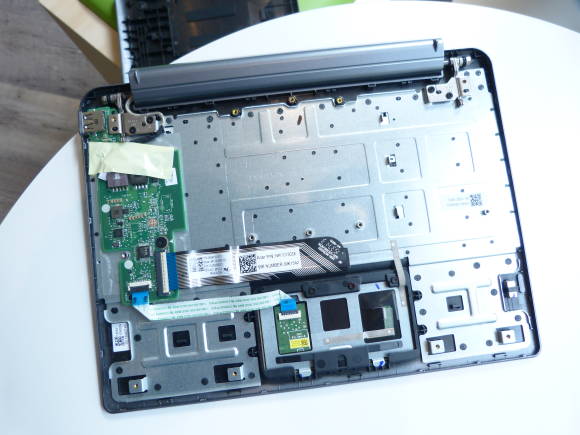 Overall there’s little to moan about here. Corners have been cut in places that might not matter for people who want a low-cost Windows tablet with keyboard and $179 is really a bargain. [at BestBuy. No affiliation.]