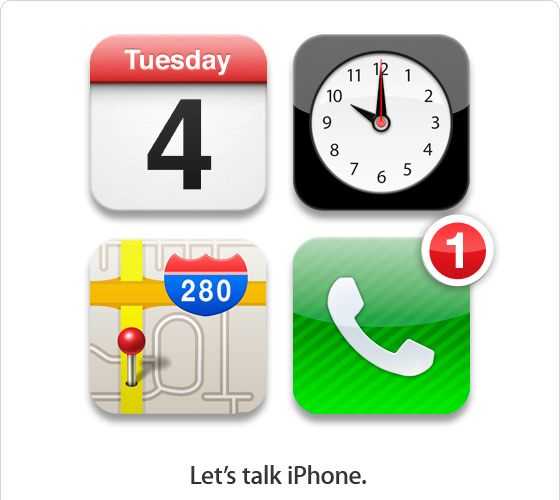 Some of the big name tech media have just received invitations from Apple for an iPhone press event to be held on October 4th, at which Apple’s iPhone 5 is expected to be announced. The invitation image shows the brilliance of Apple marketing. Yes, this is marketing. They market extremely well to the press and the press markets to their customers for them; that’s why Apple spends way less in advertising than many other tech companies, and has stock that trades far higher.

A lot of people are betting that Apple will bring the screen size of the iPhone 5 up to at least 4″ or even as large as 4.3″. My money is on the phone keeping a 3.5″ display. If they do change it, I can only hope that they don’t go further than 4″. Other proposed features include NFC and perhaps 4G. The latest version of Apple’s mobile OS, iOS 5, is expected to be launched on the iPhone 5, and we may see it released to existing devices during or shortly after the October 4th event.

A little while ago I speculated that we’d see Apple announce an iPhone 5 for AT&T with HSPA+ and a variant for Verizon with 4G LTE. Interestingly, Sprint is now expected to be joining the aformentioned US carriers in iPhone availability, but I’m doubting we’ll see a WiMax iPhone 5 (Sprint’s current 4G technology, which it is said to soon be replacing with LTE), which leads me to wonder whether or not Sprint will get the iPhone 5 at all. Perhaps that iPhone 4S that’s been rumored over the last few months is actually the CDMA-based iPhone 4 that Verizon currently offers, but with some tweaks and compatibility with Sprint’s 3G network?

But what of the phone icon with a missed call? I think Apple certainly wants people to speculate about this. Typically that little 1 at the top right of the phone icon means that you’ve got a missed call or a voicemail that needs to be listened to. Maybe it means Apple will only be announcing 1 phone instead of an iPhone 4S and an iPhone 5 as rumored? Maybe Apple’s new CEO, Tim Cook, will come on stage and at some point listen to a ‘voicemail’ on the iPhone 5 left by Steve Jobs. At any rate, it will likely tie into the event.

What do you think it means?