Way back in February at MWC Chippy spoke with a Dell representative who confirmed that the Dell Streak (aka Mini 5) was one of a family of upcoming devices. Since then we saw leaked renders in April of a 7 inch and 10 inch Streak device courtesy of Engadget.

Jump to almost 9 months later and we find a Streak device passing through WiFi certification (this actually happened back in November, but didn’t get uncovered until recently.) The device could be one of several different sizes of Streak devices, but a commercial concept leak from Engadget lets us assume that the device is in fact the forthcoming Dell Streak 7. Let’s also not overlook the fact that Streak Smart called out case designer, Vaja, for listing a 7 inch Streak on their website.

From the Engadget leak and the WiFi certification, we know that the Dell Streak 7 will be a 7 inch Android device that functions as a phone as well. It’ll also have WiFi b/g/n and a Gorilla Glass screen. The commercial concept also mentions a â€œblazing graphics card for on the go gaming inch which could indicate some Nvidia Tegra integration, but could also just be marketing speak for â€œLook, it plays games! inch.

the original 5 inch Streak was already considered huge for a phone (and hasn’t quite taken off)â€¦ We’ll have to wait and see how people react to Dell expecting them to use a 7 inch device as a phone. Chances are, we’ll get a look at this device at CES 2011. If there’s one thing that consumer tablets will need it’s branding. Dell, Android and Tegra are three of the best so if the Looking Glass, a 7 inch tablet, doesn’t take off we’ll know the tablet either someone screwed up the marketing or people really can’t be bothered with tablets. 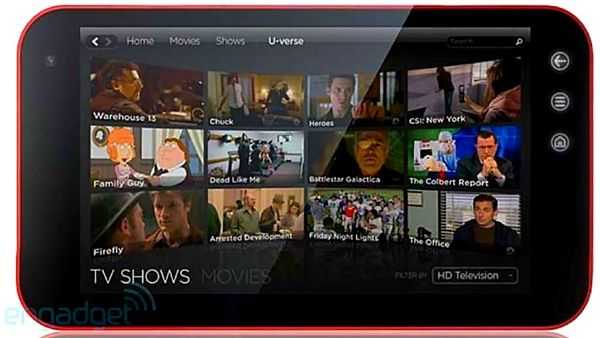 The Looking Glass (Dell Mini 7?) not only has the brands, it has the specifications too. Dual Cortex A9 CPUs (That’s Tegra 2) Android 2.1, Bluetooth 3, HSPA, optional DTV module, all the sensors you need and a 500gm weight. It’s a package that smells of success to us.

This won’t be in the market until very late 2010 (November at the earliest) but it shows how much effort Dell is putting into the smart devices business. Price is unknown of course but as with the Dell 5 Mini 5 (Streak) you can bet that this is targeted at carriers.

The news comes via a huge leak of Dell phone and tablet info through Engadget. Archos will be happy to see that!

We’ll cover the Dell Mini 5 news that leaked in the next post.

Engadget has apparently received a leaked internal Dell announcement, as well as a few images of more upcoming devices in the Dell ‘Mini’ family. We knew that Dell was planning more devices than just the Dell Mini 5 [product page], and now we’re getting our first look at the rest of the family which includes 7” and 10” slates. I wouldn’t be one bit surprised if these are renders of the same device. We’ll likely see some changes before they make their way to the market. No specs have been shared at this time, but it should be safe to assume that the larger slates will be running Android and using the ARM platform, just as the Mini 5 is.

Engadget is also saying that the Dell Mini 5 (A.K.A. “Streak”) will be released sometime “later this summer”. There has been evidence in the past to suggest that AT&T will be the U.S. carrier for the Dell Mini 5.