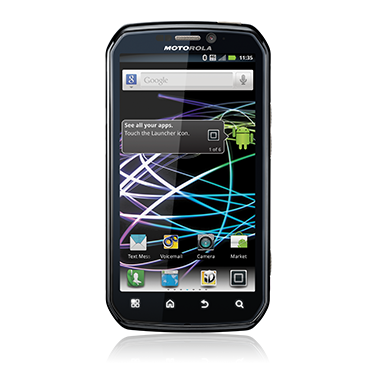 The Motorola Atrix has been AT&T’s flagship device for several months. No other carrier has had a similar handset from Motorola to-date, until now. With the debut of the Photon 4G on the Now Network, Sprint has a hardware set that might be able to entice more customers in the market for a super-smartphone featuring the latest version of Google’s mobile OS for smartphones. Reviews have started popping up around the web, so we thought it was a good time to give you a consolidated view of how the media is receiving the device. Common themes from the usual suspects are discussed below for your perusing pleasure.

Hardware impressions are pretty good all-around. The Photon seems to be the start of a wave where the manufacturers are starting to figure out how to deliver 4+ inch displays and dual-core processors in packages that are a little less chunky. I love my own HTC Evo 3D, but it is certainly not svelte. While that does not particularly bug me (you guys know I will take ruggedness over litheness any day), it does bother a lot of the mainstream, so this is a good direction for Motorola to move in. The edges have a diamond-cut to differentiate the device from HTC’s handsets. Given that HTC tied RIM for spot number two in the most recent Nielsen sales charts, it is either a really good idea to look different from their kit… or really bad. Regardless, most reviewers give Motorola a nod for trying to not look cookie cutter in this age of all-slab smartphones, even if it is only just a little.

Other hardware touches of note include a kickstand, a soft-touch back panel, and an 8-megapixel camera. If you want to get the remainder of the very detailed hardware overview, we would recommend reading Phil Nickinson’s review over at Android Central. 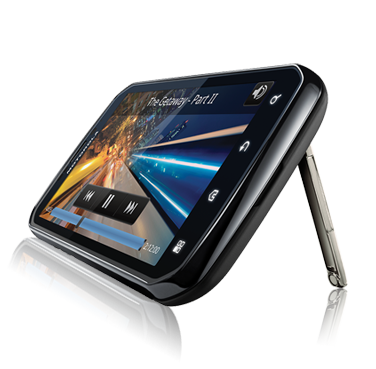 As a flagship device, the Photon carries plenty of packed in features in addition to the core specs. There are business-centric capabilities, such as global data roaming and support for Microsoft Exchange Active Sync. The display is a qHD SuperLCD. Sound out of the speakers exceeded both quality and volume, and caused the reviewers over at LaptopMag to question whether they were actually listening to a smartphone’s speakers.

Motorola’s ‘MotoBlur’ interface is gone as a brand-name, but a lot of its elements remain in the proprietary GUI implementations on the Photon 4G. Most reviewers felt they were not nearly as intrusive as Blur used to be, but there are a lot of the technoratti who are never pleased with anything that disrupts the stock Android experience and removes them from that layer of customization control.

Early indications are that battery life is on par with the Evo 3D, and a little better than the average for most super-smartphones. There are mobile dock accessories that are available for the Photon; one for at home use, and one for the car. The at home dock also comes with a remote. Once connected to a TV via the HDMI port, a full-screen Firefox browser is available.

A lot of the reviewers have tagged the Photon with their editor’s choice award. Of critical interest, of course, is the question as to whether or not this becomes the premier phone to get on Sprint if you are in the window for an upgrade. And does it trump the HTC Evo 3D and Samsung Nexus S 4G, arguably Sprint’s top two smartphones as the Photon arrives?

I would have to say that a very slight majority of the reviews declare that the Photon trumps the Evo 3D and Nexus S 4G. I will add my personal assessment that I did not agree with some of the reasons behind those declarations. In one case, the Photon was designated the winner over the Evo 3D because of the kickstand and standard HDMI-out. I personally never use my phone to display video on my TV, so for users who are not worried about this feature, aother criteria would need to be established to determine a tie-breaker between the Photon and Evo 3D. Additionally, there are adapters which will allow HDMI out over microUSB from the Evo 3D, although the content that can be sent is restricted to content shot from the phone itself. This is an example of how your own use-cases may make deficiencies pointed out in some of the reviews be complete deal-breakers, or perhaps not matter at all.

The Photon was also considered a trump card to the Nexus S 4G based on call quality and internet speeds. I have personally found the call-quality on my Nexus S 4G to be better than on my Evo 3D, and better than any recent phone that I have owned. Additionally, the recent software update that was rolled out to the Nexus S this past week has improved internet access speeds somewhat. At $99 on-contract versus the $199 for the Photon, price versus features that a user may or may not use should be weighed. The Nexus S 4G is still a great deal at $99, and it has the advantage of providing the pure Android experience that some users clamor for.

This is not to discredit the opinions of reviewers that actually had hands-on time with the device, since I have not. It is to say, consider all reviews with a grain of salt, read several reviews to get an aggregate picture, and go into the store yourself to put any device through the paces as best you can, if at all possible. 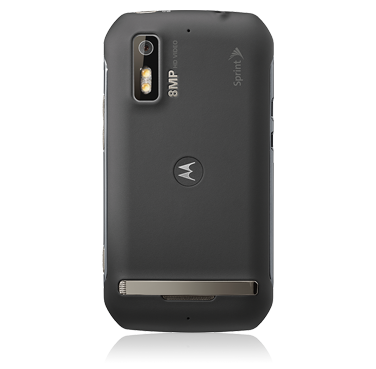