Verizon’s Phone Leak, Visualized. Galaxy Tab 4G Coming in November (but which one?), Among Other LTE Devices

IGN managed to get a hold of what their source claims is an internal document listing launch dates for 14 upcoming devices. Swing by IGN to see the original document, but also hang here to see that I’ve taken the information and plotted it on a handy timeline for you (I am a visual person, after all). Be sure to click to bigify:

Among the devices listed are the Motorola Droid Bionic (I accidentally didn’t note it as being 4G), which has seen a number of delays, and the Motorola Xoom 4G upgrade, both of which we had already heard were coming in September, so corroboration makes this leak seem quite legit.

According to the leak, Verizon is set to add five additional 4G LTE devices to their shelves that weren’t part of their initial 4G lineup. Those devices include:

The Droid Bionic and Xoom were part of Verizon’s early 4G lineup, so we already knew they were coming down the line. The ones listed above, however, are mostly new.

I say mostly because we’ve been eyeing the Galaxy Tab 4G which, at first, was announced as a 4G version of the original Galaxy Tab 7, but it may end up being the Galaxy Tab 8.9, instead. Verizon had it listed as the “P8” on the leaked chart, but it is unclear exactly what that means. Whichever form it comes in, the leak tells us that it’ll be happening sometime in November.

The HTC Vigor is specifically designated as being a replacement for the HTC Thunderbolt which was Verizon’s very first 4G device. Similarly, the Revolution 2 is going to replace the… wait for it… Revolution (bet you didn’t see that one coming!), which I’m hoping will provide better battery life, faster charging, and better standby than the original.

The Blackberry PlayBook is also listed on the leaked list, but its launch date is listed as “TBD”.

If all of this turns out to be true, Verizon has a powerful pre-holiday lineup; I can only hope that the other major carriers have such an exciting group of devices ready to go!

via: The Droid Guy 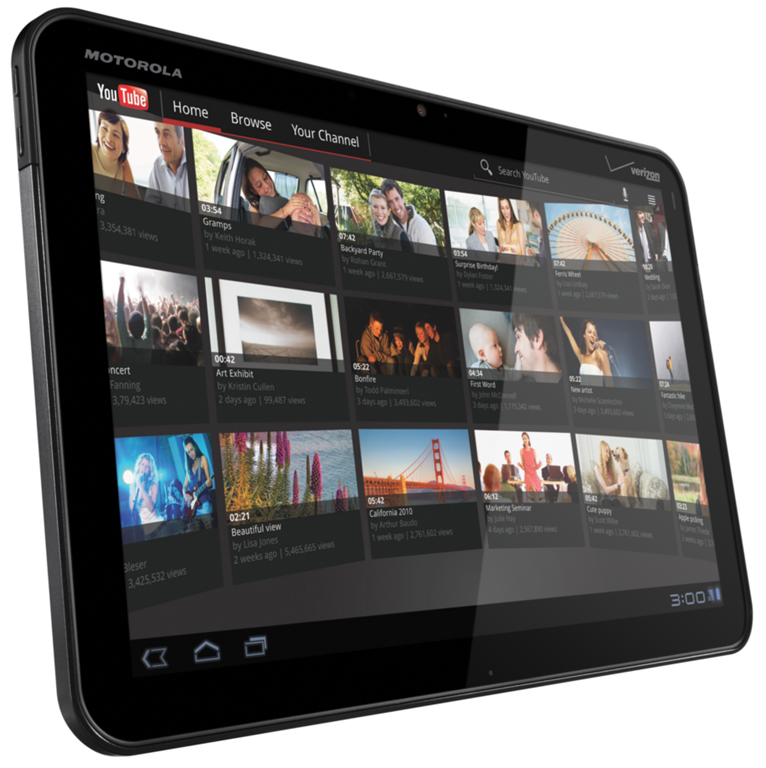 After months with no official information about when the upgrade would actually happen, Motorola is now (right as the Galaxy Tab 10.1 is launched) sending emails to customers letting them know that the upgrade process will begin in September – nearly 7 months after the Xoom was made available.