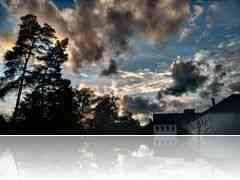 I was never a fan of post-processing photos, possibly because I come from the one-chance era where you looked at a large slide projection and knew that most of the skill had gone into the preparation of the shot. Today, of course, it’s much different. We view 600 pixel-wide photos on crappy LCD screens and the image we’re viewing is one of probably 50 that got shot in succession. We view that photo as it passes from bottom to top, our eyes scanning for the briefest hint of something worth stopping at as we scroll. Because of that, processing that photo for an eye-catching effect is a normal part of todays smartphone-based social sharing process.