What an incredibly busy day. 12 hours of IDF followed by a few hours of organising content and information gleaned from various people during the day.

You might have seen my brief coffee-break videocast from the IDF upload lounge so you’ll know that I spent some time with Intel and their PR people this morning demonstrating devices. We made a couple of videos that you’ll see on the Intel site soon and picked up some nice information through the keynotes and showcase sessions. (more after the pics…) 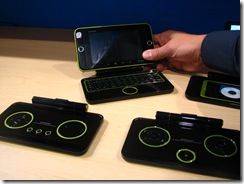 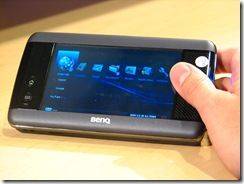 Obviously, the OQO news is good and even a little humorous as the device wasn’t really meant to be on stage today! I haven’t looked to see if the OQO PR people have responded but I guess they will stick to their plan and hope no-one else spotted the mistake. Having OQO on the Atom processor is going to bring some slight performance advantages, some battery life advantages and probably, cooler and quieter operation. It will be interesting to see if they keep the VIA C7 option. Why didn’t they upgrade to Nano is probably the more important question!

This evening I met up with Wibrain, Viliv, Digifriends and Benq and got some very good hands on with their MID and ultra mobile PC devices. I’ve got video presentations of the device in use but there’s no way that I’ll get them uploaded before Thursday unfortunately. I’ve included some pictures and some comments below and I’ve uploaded the rest of the pics to the IDF gallery. 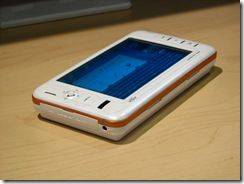 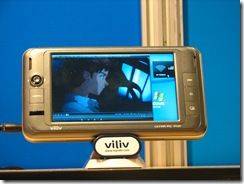 Other news from today

There was one empty stand at the MID showcase this evening. Samsung. Their stand was in the middle of the mobile device community section. If I was a betting man I’d put money on the fact that Samsung are going to highlight their new MID tomorrow. No-one has told me anything but it makes sense that they aren’t demonstrating the day before their announcement. Obviously this is an important one to look out for. The ultra mobility keynote starts at 0800 SF time.

A quick update on the devices i’m using. The Medion Akoya / MSI Wind is performing like a champ. I’ve been tripped up twice by the fact that it doesn’t have Bluetooth but its responsiveness, quick disk and SD slot, snappy XP performance and wonderful keyboard (After testing the G10L, Acer Aspire, Eee 901 and a few other unknowns today, the MSI Wind gets my #1 keyboard rating.) it more than makes up for the lack of Bluetooth. I just wish it was a bit smaller. The SC3 on the other hand has been a pain in the backside. Failing Bluetooth, slow responsiveness, terrible battery life and overall lack of performance have forced me to sideline it tomorrow. Its 800gms that I just don’t need to be lugging around.

Tomorrow is going to be even more busy. Early keynotes and a full day of sessions means that there won’t be much time for high quality blogging. If the Samsung device launches though you can be sure there’ll be a report. Maybe even a live blog!