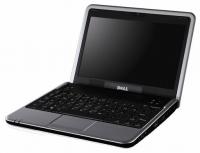 You may recall the leaked spec sheets and rumored August 22nd release date that popped up a few weeks ago. Well August is now over and Gizmodo is reporting a new release date. September 5th, this Friday. With no info on the source and the note that this release date is not "concrete", this could be just as wrong as the previously rumored date. Luckily time is on our side and one way or another, we’ll get to September 5th and find out whether this is true or not. No word yet on pricing, but let’s all hope the Inspiron 910 hits the $300 target price.